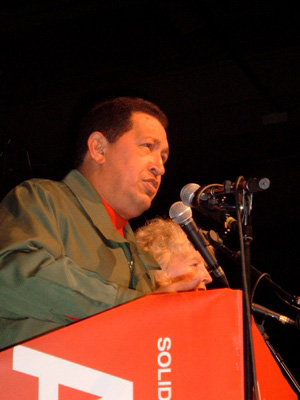 At a public meeting organized by various trade union, political organizations, and solidarity campaigns (including Hands Off Venezuela), more than 3,000 people in Copenhagen heard President Hugo Chávez correctly point out that a socialist revolution is the only solution to the problems of humanity. 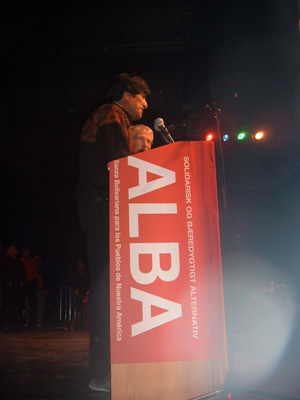 Evo Morales Chávez began his speech by condemning the repression in the streets of Copenhagen during the UN climate summit. Mentioning the climate summit, he said, “Some do not want to discuss the causes of climate changes. I will tell you the cause: capitalism. Capitalism is the worst enemy – for life and for the climate.”

A delegation from Hands Off Venezuela met Chávez shortly before his speech and handed the president two letters from the workers at the Gotcha and Vivex factories in Venezuela. We expressed our solidarity with the president and the idea of a Fifth International. 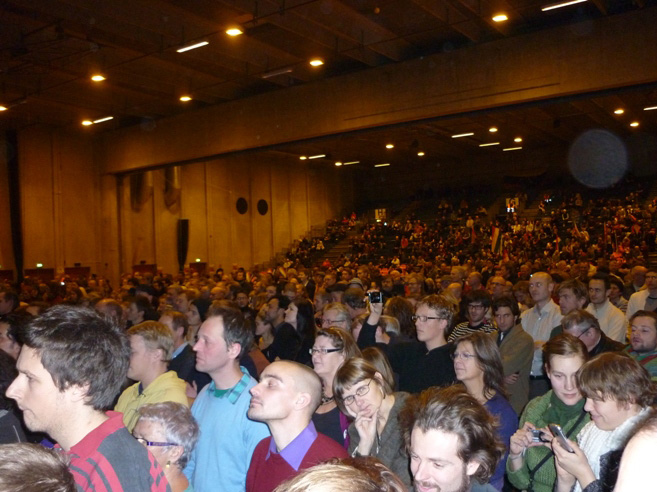 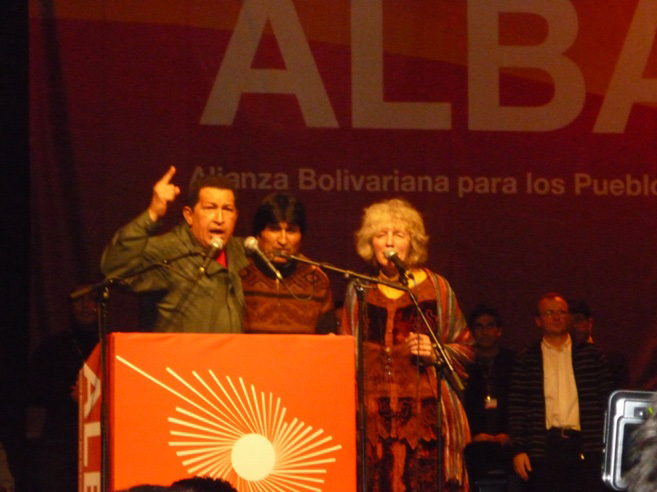 The audience – left wing activists, youth, and trade unionists – interrupted the speech several times with loud applause and chants such as “el pueblo unido, jamás será vencido.” The biggest applauses came when Chávez spoke of Fidel Castro and the fight against US imperialism, and of socialism being the only way to end global misery and ensure a future for humanity.

In his speech, Chávez thanked Hands off Venezuela and other groups for arranging this meeting. He stressed the fact that all change comes from below – from the organization and political education of the masses.

Activists from Hands off Venezuela intervened in the meeting with a stall, selling t-shirts, books and other materials, and handing out leaflets.