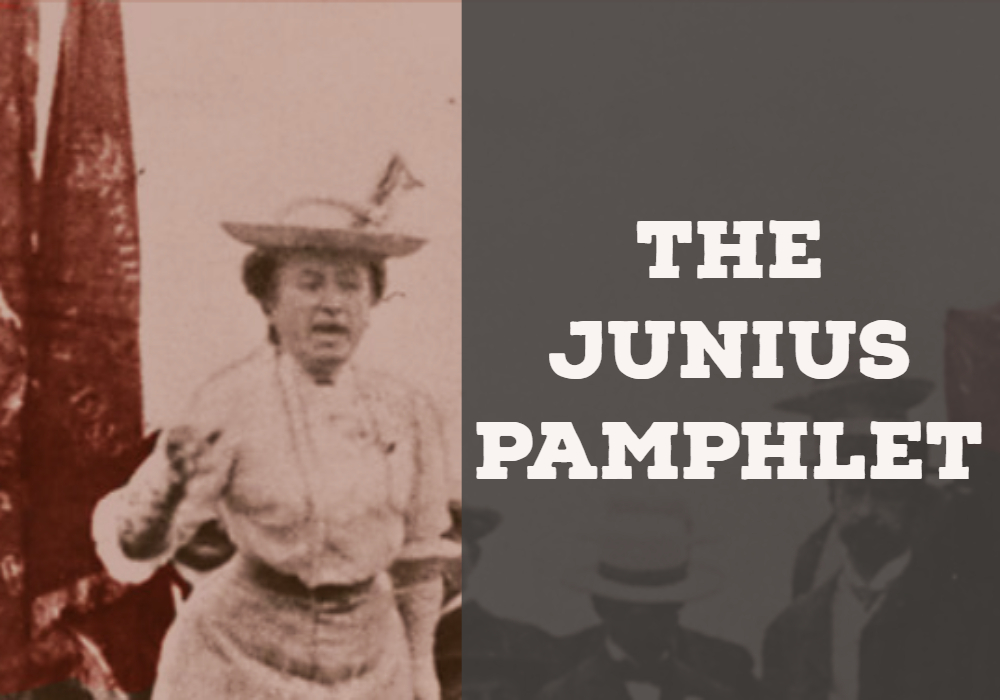 The Crisis of German Social Democracy

Rosa Luxemburg was the most eloquent voice of the left wing of German Social Democracy and a constant advocate of radical action. She spent much of the war in jail, where she wrote and then smuggled out this pamphlet. Published under the name “Junius”, a pseudonym used by an influential English pamphleteer in the 18th century, but perhaps also a reference to Lucius Junius Brutus, a legendary republican hero of ancient Rome, the pamphlet became the guiding statement for the International Group, which became the Spartacus League and ultimately the Communist Party of Germany (January 1, 1919). Luxemburg was instrumental in these developments and, along with Karl Liebknecht (1871-1919), led the Spartacists until their assasination by the German government on January 15, 1919.