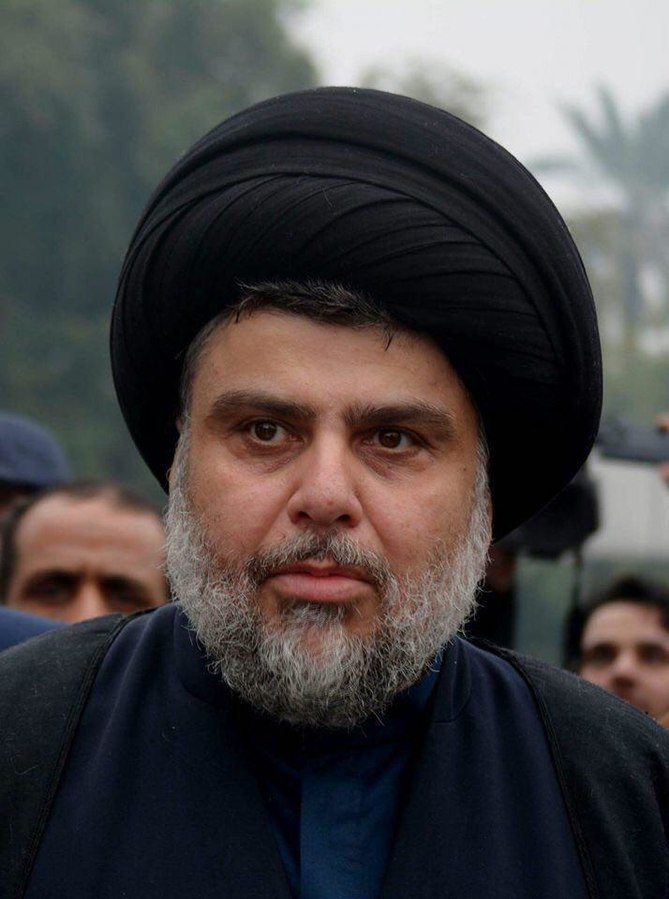 When the Iraqis went to the polls to elect a new parliament on 12 May 2018, the establishment was confident that they had the whole situation under control. All the factions were basing themselves on the presumption that the central government, having defeated IS was enjoying large scale support from the population. The final result shocked all bourgeois commentators revealing the exact opposite of what they had been expecting.

Prime Minister Haider Al-Abadi, who was the media favourite to come out as a winner, based the whole campaign of his Victory Alliance on his “credentials” of having defeated the Islamic State (IS). The second favourite, the Iranian puppet Hadi Al-Amiri and his Conquest Alliance composed of the bulk of the Shia Popular Mobilisation Units (PMU) similarly based themselves on the PMU’s role in the fight against IS. The third favourite was The State of Law Coalition, the party of former Prime Minister Nouri al-Maliki. Maliki, supported by Iran, had split away from Abadi’s wing as a measure to weaken him.

The clear winner, was the Alliance Towards Reforms list led by the Shia cleric, Muqtada al-Sadr. His list, which also included sections of the Iraqi Communist Party, won 54 seats and is now the largest group in the 329 seat parliament. Hadi al Ameri’s list came in second, whereas the incumbent Abadi was relegated to third place just ahead of Nouri Al-Maleki. 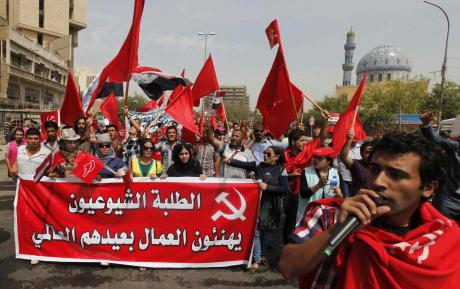 At the same time, the participation rate at 44.52 percent, was the lowest since the 2003 US invasion of Iraq.  In Baghdad only 33% participated and only 40% in Basra. This was not a sign of political apathy, but one of deep distrust and hatred that the Iraqi masses harbour towards the whole political system and everything it stands for. The masses are disillusioned with the establishment and their ethnic sectarian politics which has brought Iraq to its current situation: a country ruined and divided by years of internecine wars, with massive unemployment, declining industry and an infrastructure in a state of collapse. All of this is taking place while different gangsters, connected to different regional and international powers, are profiting from the misery of the millions.

It is a well known fact that elections and politics in general in Iraq are nothing but personal competitions over who gets to loot the state coffers in the next period. There are no significant principled differences between the various political forces. In fact, with the exception of Muqtada al-Sadr, all the leaders of all the main parties, Ameri, Abadi, Maliki and Ammar al-Hakim (whose list finished 7th) were all until recently formerly members of the same party which has been in power since 2005.

All the parties also had similar slogans: against sectarianism, against foreign meddling, and against corruption. It was hard, however, to believe this coming from Abadi who had held office for four years during which the anti-corruption movement of 2015 broke out and all he did was make some hollow promises of reshufflings in the offices (which was never realized) to quieten down the movement. It is even harder to believe that Ameri, the leader of the Badr Army with open financial, military and organizational ties with Iran, can stop the foreign meddling in Iraq. 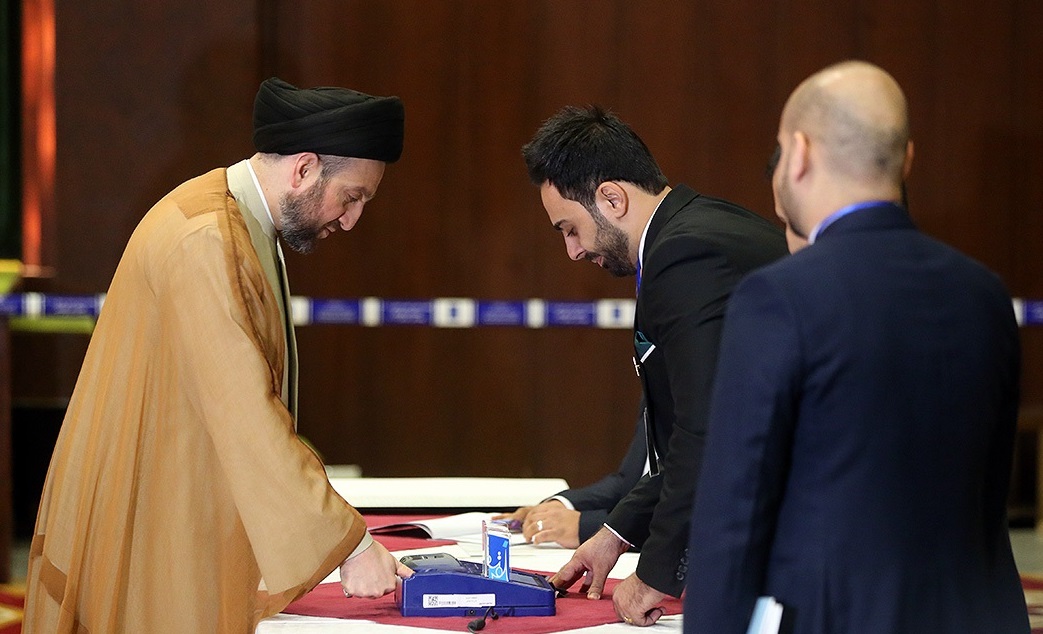 Ammar al Hakim in Iraqi parliamentary election 2018 Both Abadi and Ameri thought that they could capitalize on having headed the defeat of IS. “The preservation of national unity and security” was the achievement that Abadi was trying to rally support around. In the same way Ameri was trying to rely on the role that the PMU (Popular Mobilization Units) played in defeating ISIS to gain votes. The election revealed that this was a miscalculation. The truth is the exact opposite. The war had actually deepened the anger of the masses further, as thousands of youth died and those who had participated felt abandoned after many of them became permanently disabled with no support from the government. They have been used as a cannon fodder. In fact, the establishment is seen by the masses as the main drivers of the sectarianism which eventually led to the rise of IS. With the threat of IS removed, the masses became more emboldened and began demanding their rights. The Iraqi corrupt elite could no longer use the threat of IS to silence the masses and pose as the “saviours of the people from ISIS”.

Sadr on the other hand, although he was involved in sectarian wars in the earlier years of the US occupation, upon return to Iraq from a three year voluntary exile in Iran, rebranded himself as an “anti-sectarian”. More than showing the change in his personal outlook and ideas, this rebranding is a reflection of the change in the objective situation, in the outlook and views of millions of Iraqis. They are sick and tired of the sectarian politics that are being pursued in Iraq. For several years an increasing number of ordinary people have been calling for the removal of the quota system introduced by the US invasion, which reserves public seats and positions according to national and sectarian background. Al-Sadr demagogically incorporated this demand into his election promises.

This mood first surfaced in the 2015-16 movement when hundreds of thousands of youth occupied the streets of Baghdad and other cities of Iraq to protest against the mismanagement and corruption of the political elite. As we reported at the onset of the movement one of its main slogans was “Secularism, secularism, no to Sunni, no to Shia”. Another demand coming out of the movement, revealing the hatred towards the Iraqi political caste, was that of a technocratic government. Under the pressure of the movement, Abadi promised some reforms including reshuffling of the ministers to non-partisan “technocrats”, a move that was backed by Sadr. In fact, three out of 14 proposed new ministers were Sadrist who later withdrew after the reform collapsed.

Nevertheless, the movement continued to bubble away ever since then with regular mass protests and occupations around Baghdad’s Green Zone, where the Iraqi parliament is located and where the corrupt elite live in their villas away from the daily misery of the rest of the population. Given the lack of a working class party, Sadr’s movement was able to step in and partially fill the vacuum of organisation and leadership in the movement. Demagogically, Sadr has been attempting to ride the movement and use it as a battering ram against the rest of the establishment where he had been marginalised for a number of years. But this doesn’t mean to say that Sadr has full control over the movement. In April 2016, for instance, the masses stormed the Iraqi parliament and occupied it for a day. Sadr did not call for the storming of parliament but called on his supporters to leave the parliament a day after the occupation.

Thus, by demagogically appealing to the movement Al-Sadr has been able to maintain a popular base while all the other political formations have seen theirs melt away. A look at the 2014 election results shows that the Sadrists had the smallest loss of votes in these elections compared to other candidates. Among some of the poorest layers, al-Sadr is seen as a pair of “clean hands”. Al-Sadr has never been in power and his massive network of activists is made up of ordinary lower middle class and poor elements. His strongest base of support is in one of the poorest districts of Baghdad currently known as Sadr city. The area was once a stronghold of the Communist Party resistance and the Baathist-led coup of 1963 was also strong there. The Communist Party of Iraq lost that support to reactionary clerical figures like Sadr (and his father)  after a series of mistakes and betrayals - the latest of which is their recent entering into an alliance with Sadr.

The fact remains that Sadr cannot solve any of the problems the Iraqi people are facing. He tries to portray himself as an anti-sectarian, but he used to head the Shia Mahdi army which fought against the US occupation. He claims that he is not corrupt, but until last year his movement had six ministries in which it carried out the same corrupt practices as all the other parties. He also claims to oppose foreign powers, but he has made it clear that he will not oppose the presence of US and Iranian forces in Iraq. Immediately after the elections, Sadr also hosted a meeting with the ambassadors of Turkey, Jordan, Saudi Arabia, Syria and Kuwait, deliberately excluding Iranian officials. Of course, before that, Sadr had worked for many years with the Iranian regime and even spent three years in Iran.

In the final analysis, Sadr is an Iraqi bourgeois who wants to balance between the powers in the region to carve out a level of independence and concessions for himself. The interests of the Iraqi masses are not a part of these calculations, but in order to achieve this he is leaning on the anger from below and thus, in a distorted manner, reflecting the revolutionary ferment which is brewing in the depths of society. For a time he may be able to hide behind the fact the Iraqi political system is paralysed by the rot which reaches every pore. This allows al-Sadr to blame other factions for the bankruptcy of the whole political system, just like Abadi has been trying to portray himself as ‘an honest guy surrounded with corrupt elements’. But in the end Sadr is wedded to the same rotten Iraqi capitalism which is unable to improve the desperate situation of the masses. 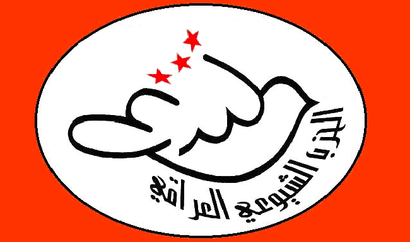 Iraqi Communist Party symbolThe Communist Party’s alliance with Sadr is yet another reflection of the bankruptcy of the Stalinists. Instead of basing itself on an independent class position, it swings from one bourgeois camp to another. From collaboration with the US occupation, the Stalinists are now falling into the other extreme of collaborating with a reactionary religious demagogue. In the long run this will only undermine the position of the party.

The Communist Party is playing the parliamentary game, but what is decisive is not what takes place in parliament or in the Green Zone. While the politicians there are busy making different alliances and deals on how best to loot the state coffers, the living conditions of the masses are in a free fall. Millions of Iraqis don’t have access to clean water or reliable power supplies. The country's infrastructure is falling apart and corruption runs deep within the political system. The situation is increasingly unbearable for many Iraqis. Sooner or later, this will lead to a social explosion which will send shockwaves throughout the region. This will be the real test for al-Sadr, when the interests of the tops of the movement will come into conflict with the aspirations of the middle classes and working class poor, who make up the bulk of its activists and supporters.