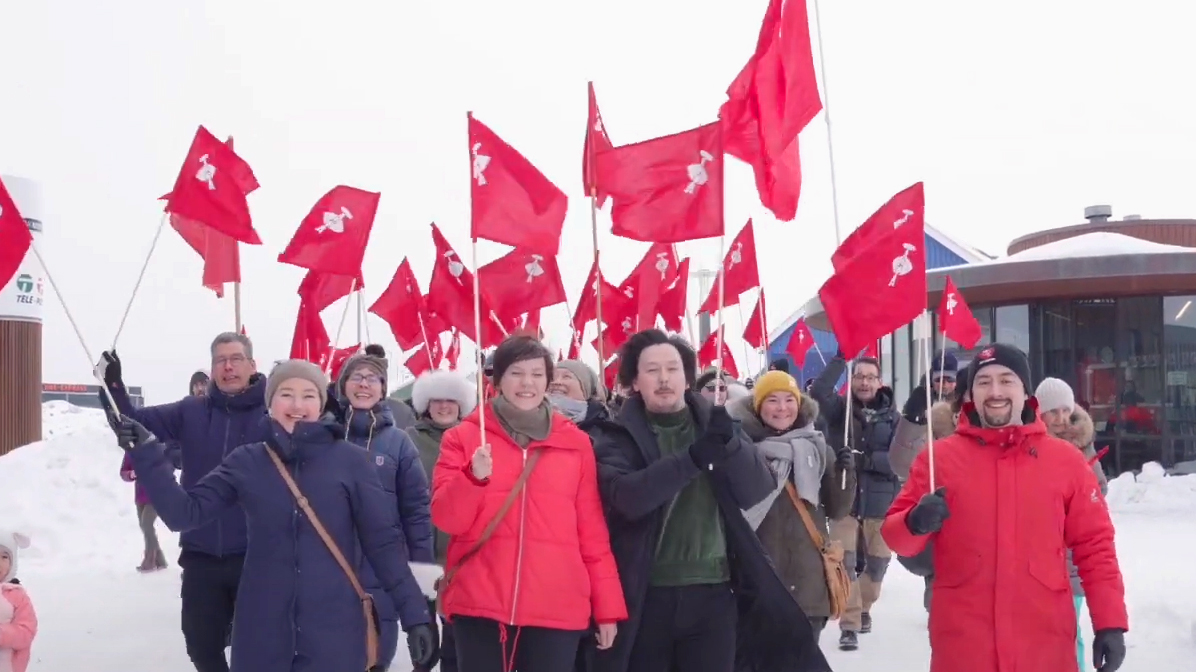 The results of the recent Greenlandic election reflect a rejection of the ruthless exploitation of Greenland’s natural resources by multinational corporations. A big drop in turnout, however, also reveals an underlying radicalisation and dissatisfaction with the whole system, the political elite, and Danish colonialism.

With 36.6% of the vote, the left-wing opposition party, Inuit Ataqatigiit (IA), emerged as the big winner in the parliamentary election on 6 April. IA increased its support by 11 percentage points, thereby becoming by far the largest party in Greenlandic politics. With only 29.4% of the votes, the social-democratic Siumut party failed to retain its hold on government.

The election result was a defeat for Siumut, despite the latter registering a minor increase in votes. Siumut has ruled Greenland continuously since home rule was introduced in 1979, only interrupted in 2009-2013 when IA formed the government. What does this result express?

These elections have attracted a great deal of attention from Danish and international media. This attention is focused on the question of the controversial Kuannersuit mining project. The corporation, GML, wished to extract rare earth minerals from the Kuannersuit mountain, with uranium being a byproduct of the extraction process. The question of whether or not the project should proceed became a key issue in the election, with IA leading the ‘no’ campaign, and Siumut advocating for the project.

Aside from IA the small, liberal independence party, Naleraq, also announced its opposition to the project. Together, the two parties achieved a majority of seats in parliament, and on 16 April they announced the formation of a coalition government.

Mining and resource extraction are nothing new to Greenland. But decades of concessions to foreign corporations for the extraction of Greenland’s natural resources haven’t resulted in a wealthier country. On the contrary, the Greenlandic government has often had to pick up the bill for cleaning up after the mines have been emptied, and the last riches sucked from beneath the soil.

Greenland has become a site of interest for the major imperialist powers who envy its rare earth deposit and strategic location. The election was a decisive rejection of the Kuannersuit mining project / Image: Túrelio

In this election, therefore, the Greenlandic masses put their foot down, expressing their opposition towards being used and exploited by foreign imperialism. IA was the party that throughout the campaign was most rigorous in rejecting the Kuannersuit project, and the party that was seen by many normal Greenlanders as a voice against imperialism and the multinationals’ ruthless exploitation of Greenland’s natural resources.

The question of independence and the relationship with Denmark was also a key issue. The official position of IA on the question of independence is that of achieving complete independence at some point in the future. The pro-Danish party, Samarbejdspartiet, failed to even reach the threshold necessary to enter parliament. The election results are therefore an expression of the rejection of Danish imperialism and its interests in Greenland. It is ironic that such an election result should fall on the 300th anniversary of Denmark’s colonisation of Greenland.

An expression of radicalisation

The election result is also an expression of radicalisation, which has grown in the last year in Greenland and which has unleashed a number of mass movements against the former Siumut government. But this radicalisation has yet to find a clear political expression, hence turnout fell significantly in this election. In the last parliament election, in 2018, turnout was 71.9%. In this election it dropped to 65% – the lowest turnout ever recorded.

Research released in March by Transparency International Greenland showed that confidence in the political system has reached rock bottom. A staggering 50% of the population said that they had only little or no confidence in the Greenlandic government. A further 46% said that they had little or no confidence in the parliamentarians. The research also revealed that distrust in the system has increased significantly in the previous years; 60% said they felt abuses of power by politicians and public servants were increasing. The fact that more than one-third of Greenlanders didn’t vote in the election reflects a rejection of the established political system, including Danish imperialism, which in the last analysis is to blame for the miserable living conditions that many Greenlanders endure.

A new government led by IA isn’t going to stem the growing distrust in the system, although it might put an end to the Kuannersuit project. The experience of the last IA government of 2009-2013 led to the party being punished in 2013, with a ten percentage point drop in its support.

A turbulent period ahead

Many people voted for IA as the lesser evil, on account of its social politics in particular. Throughout the election campaign, it focused on social issues, the need for an improved education system, and for preparing the ground to tackle the immense inequality: the highest among the Nordic countries. But to fulfill its promises would require a completely different political line to that of the last IA government. It would require the IA to stand up against the attempts of Danish imperialism to strengthen its grip on Greenland as the nation’s importance increases in the Great Power Game being played out in the Arctic. 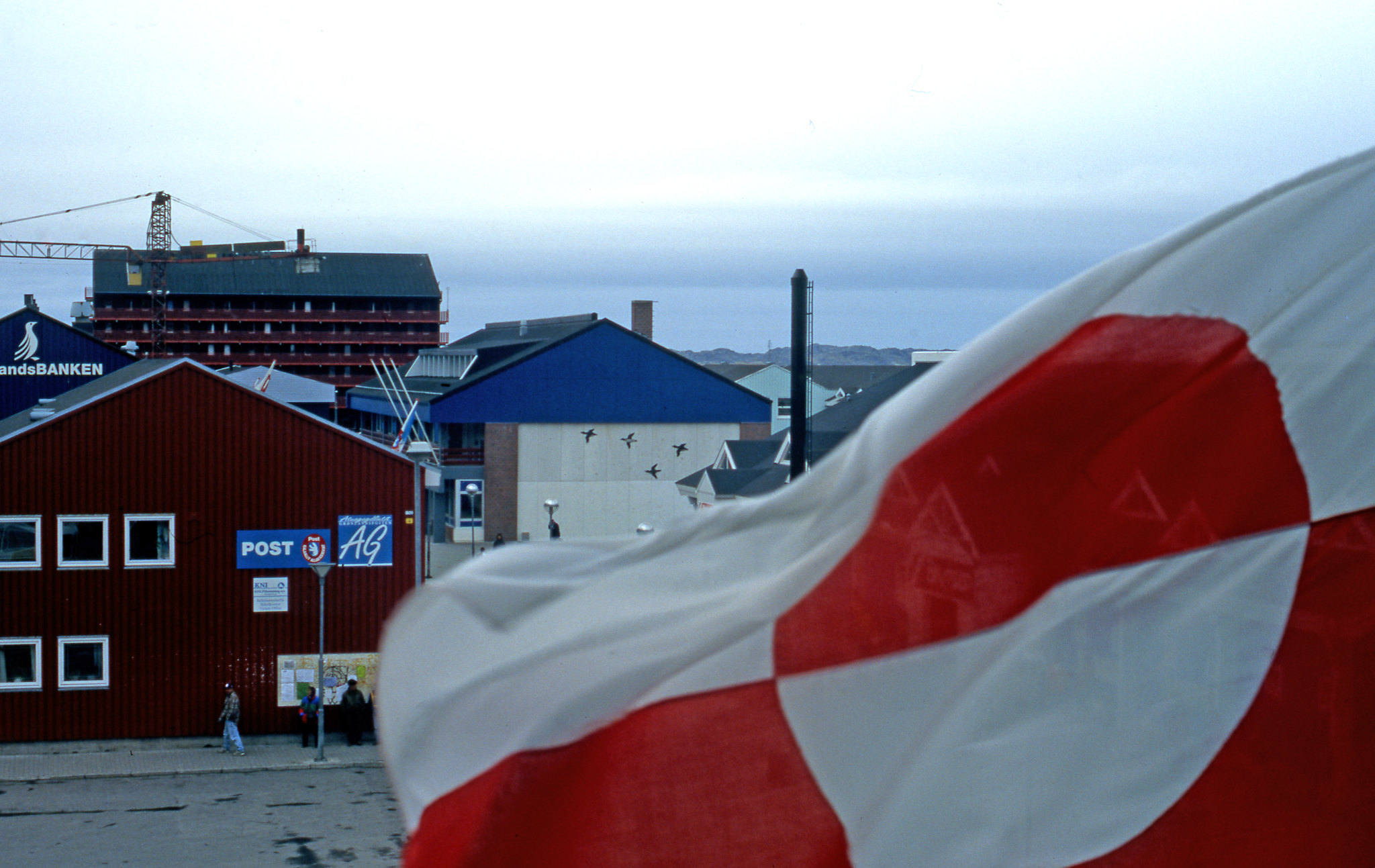 The Greenlandic masses have increasingly rejected Danish imperialism and the other imperialist powers, which have sought to extract raw materials for years, without leaving the majority in any way better off / Image: GRID-Arendal, flickr

But the new government will come under massive pressure from Danish imperialism and the big imperialist powers, who all thirst for Greenland’s riches and for use of its strategic position. If IA is to fulfill its promises, then it requires a socialist policy that breaks fundamentally with all these forces. In practice, this means breaking with capitalism.

The election of the new IA government will not mark the beginning of a quiet and stable period in Greenlandic politics. The underlying problems and frustrations not only will remain unresolved but, on the contrary, will increase. The coming period in Greenland will be one of tremors, crises, and struggle.

We can see on a world scale how the crisis of capitalism is sharpening all contradictions in society and deepening political polarisation. The election result is yet another symptom of this development. It signifies a great shift in Greenlandic politics. But confidence in the new government won’t be high. Many refuse to harbour illusions that the politicians will solve their severe social problems. This is a correct and healthy scepticism. It is the youth and workers in Greenland who must take action: to force change through from below; to kick out Danish imperialism and its henchmen, and to take the destiny of the country into their own hands.