Last weekend, over 50 comrades took part in the national political conference of the Spanish section of the IMT. It was our first face-to-face meeting in three years and our largest in-person national conference to date.

This created a comradely mood amongst all the attendees, which in particular gave even young and inexperienced comrades the confidence to step up to the stage and intervene in the discussions.

The conference more than lived up to the expectations we had set for ourselves. There were high spirits and enthusiasm which pervaded all throughout the weekend and the comrades came out of it with more determination and confidence than ever to build the organisation.

The first session was devoted to the discussion of perspectives, both Spanish and international. The discussion covered mainly the conflict in Ukraine, with an interesting debate around the question of the sending of arms on the part of the Spanish government.

There was a high level of participation and lively discussion during all sessions / Image: Lucha de Clases

During the discussion we also had contributions from comrades talking about the effects of the Ukrainian war in Spain, inflation, and the living and working conditions of the Spanish working class; as well as political developments on the right, the coalition government, and the youth. There was a high level of participation and lively discussion that continued after the session in the break.

The Saturday afternoon session had the highest level of participation of the whole event. It began with a brief but comprehensive report by comrade Jorge Martín on the work and development of the International. It is truly inspiring to hear how well the work is going across the world, the new sections that are flourishing, and more and more people getting in touch with the International from different countries wanting to build.

Later on, the discussion focused on the need to build the forces of Marxism in Spain and connect with the youth who are everyday more and more radicalised and questioning the system.

The comrades from the Basque Country informed us about the possibilities that are open to collaborate with an inspiring group of thousands of young people. They declare themselves communists and have marched under banners proclaiming: “Down with the dictatorship of the bourgeoisie!” and “Workers' Revenge – Socialist Revolution”, in a protest in Bilbao and Pamplona earlier this year. 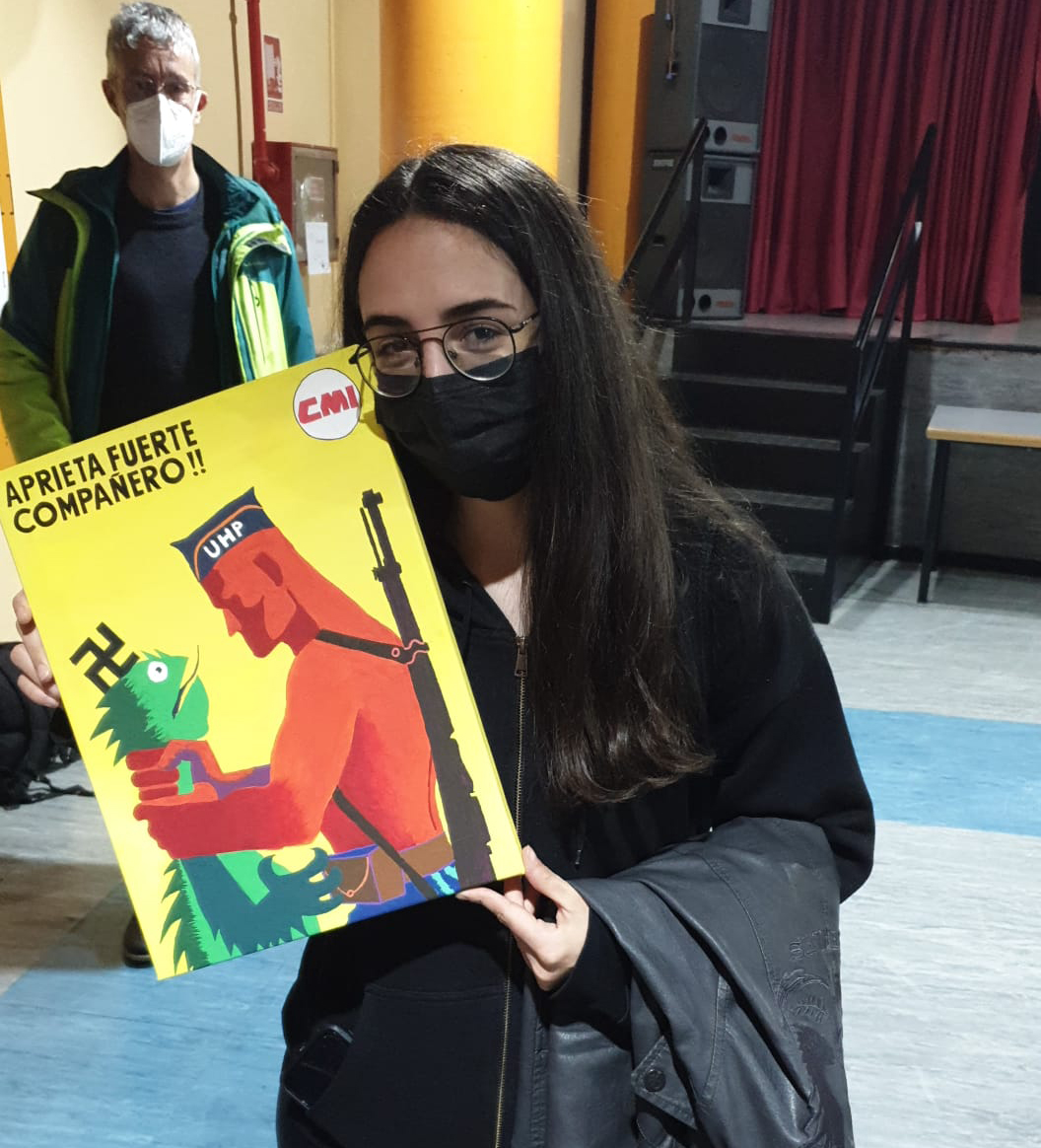 A large collection was held that exceeded our target, after which there was a raffle which was very successful / Image: Lucha de Clases

At the final session on Sunday, we discussed the origins of class society. It was an enthusiastic session with many valuable contributions, well prepared by the comrades, which reaffirmed the Marxist method of interpreting history, historical materialism.

This is an important topic for Marxists to study as it reveals the true nature of the state as a tool of oppression, the origins of women’s oppression rising from the agricultural revolution with the production of a surplus, and the subsequent control by men over this surplus.

We plan to publish a collection of selected works by Trotsky and the Spanish translation of Alan Woods’ History of Philosophy this year. In addition, a large collection was held that exceeded our target, after which there was a raffle of artistic contributions from various comrades (paintings, drawings, coasters, key holders), which was very successful and enjoyable.

We received many messages of greetings and solidarity from five continents! It fills us with great hope and inspiration that we are working together towards the common goal of world revolution in all countries and nations where we raise the revolutionary flag. 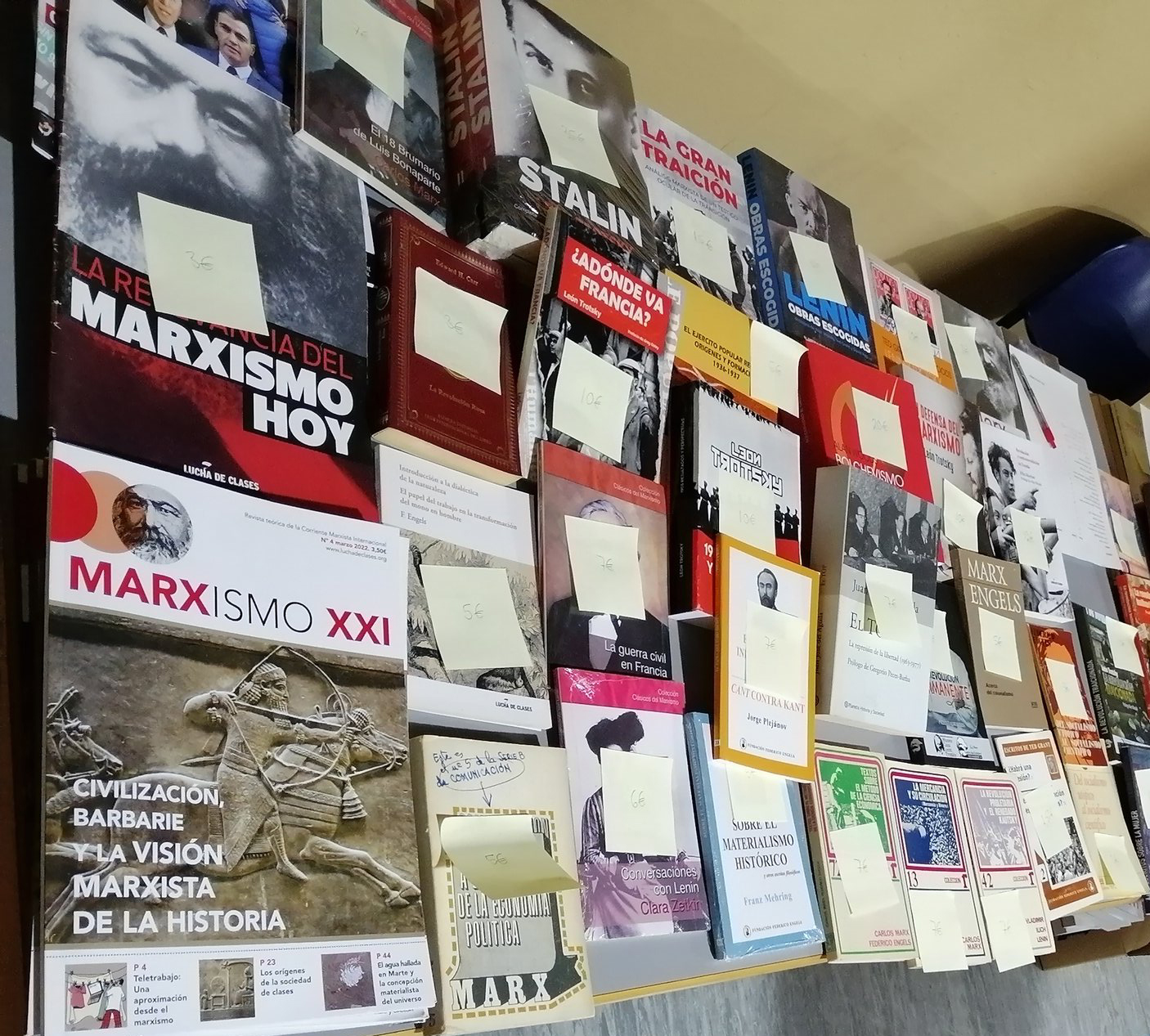 The ideas of Marxism have never been more relevant than today! / Image: Lucha de Clases

This conference marked a turning point in the development of the Spanish section, due to the enthusiasm, confidence and determination of the comrades, especially the youth, to build.

We will utilise this enthusiasm to motivate work forward when we return to our local branches.

At the end of the weekend all comrades were excitedly talking about “next year, next year!”

We will build upon the success of this year’s conference to make next year an even greater success and another historic step forward for the forces of Marxism in Spain.

Forward to the socialist revolution and see you at the congress of 2023!