The first round of the French presidential elections will take place on 10 April. We know who most of the candidates will be, but it is impossible to predict which of them will reach the second round.

This uncertainty is, in itself, an expression of the deep crisis of French bourgeois democracy. Not long ago, the ruling class knew what to expect from a presidential election, since the whole business could be reduced to two outcomes: a victory for the traditional right-wing party (RPR, then UMP), or a victory for the Parti Socialiste (PS).

Of course, the bourgeoisie supported their party: the right. A win for the PS, however, wouldn’t represent a serious threat to their power and privileges, since the ‘socialist’ leaders were themselves devoted – with every ounce of their being – to defending the capitalist system. When the right was defeated, big business sighed and said philosophically: ‘well, what can you do? In a two-party system, they must each take turns.’ They knew that the policies carried out by the PS leaders would disappoint the majority of their voters, paving the way for the right-wing to return to power.

This well-oiled system, which had dominated French political life for decades, came apart during the 2017 presidential election. The right-wing candidate, François Fillon, saw his campaign blow up midway through, not only as a result of numerous scandals, but also because of the catastrophic record of Nicolas Sarkozy (2007-2012), whose term in office was quickly bogged down in the worst economic crisis since the 1930s. The PS, on the other hand, was undermined by decades of capitulating to capitalism and selling out their voters, and fell apart in the wake of their ‘open primary’. This precipitated a collapse that benefitted the left-wing France Insoumise, whose candidate, Jean-Luc Mélenchon, received 3 million more votes in 2017 than in 2012. At the other end of the spectrum, Marine Le Pen, candidate for the far-right Front National, received 1.3 million more votes than in 2012 in the first round – and, in the second round, received 5 million more than her father in 2002. 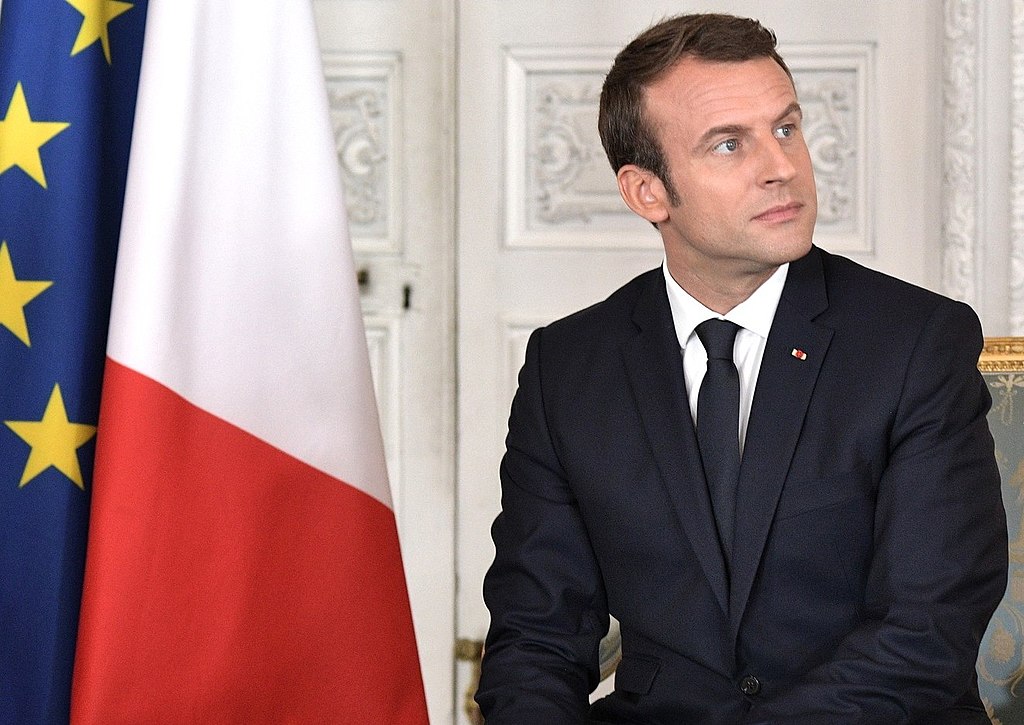 The electorate is more volatile today than it was in 2017. It’s this fact that makes the outcome of the election so uncertain / Image: kremlin.ru

This marked polarisation across the political spectrum didn’t prevent Emmanuel Macron from winning. But the victory of the so-called ‘centre’ – that is, the status quo – in terms of electoral arithmetic, does not take away from the underlying significance of the 2017 vote. Five years later, the political situation is still characterised by extreme instability, against a backdrop of growing polarisation. The economic basis of this process – the organic crisis of capitalism – has not gone away. In fact, the crisis has deepened.

It's true that, at the time of writing (the beginning of January), this polarisation is mainly expressing itself on the right of the political spectrum, in particular through the candidacy of Eric Zemmour and the support that he’s finding within the most reactionary layers of society.

All over the TV channels, jubilant right-wing commentators point to the opinion polls and gloat – “the election will be between the right-wing candidates! The left has already lost!” Cue the superficial – and mind-numbing – analysis of the tactics that Macron, Pécresse, Le Pen and Zemmour should adopt if they want to try to siphon off this or that fraction of their respective voters. To hear these people talk, you would think that these four bourgeois politicians are competing among themselves for the hearts of three quarters of French voters.

Above all, what the opinion polls really demonstrate, at this stage, is the following: a clear majority of potential voters are not sure if they will vote – or, if they are sure, don’t know for which candidate. The electorate is more volatile today than it was in 2017. It’s this fact that makes the outcome of the election so uncertain.

Nevertheless, this enormous volatility also demonstrates that the France Insoumise (FI), on the left, has not managed to consolidate, let alone increase, its base of support from the 2017 election. The highly superficial explanation advanced in certain circles, including on the left, is that Mélenchon has been around too long. This kind of consideration, however, has far more weight for the petit-bourgeois intelligentsia – with its constant search for ‘the new’ – than for the majority of the working class and the most oppressed layers of society. We’ve pointed to more serious reasons for the relative decline of the FI. For the past five years, Mélenchon and his colleagues have made multiple mistakes that demonstrate a rightward trend: alliances with the PS and the Greens, failure to provide political perspectives to the Gilets Jaunes movement, a general moderating of their rhetoric, and a refusal to transform the FI into a well-structured political party.

It's impossible to say if these mistakes will prove fatal to the success of Mélenchon’s current campaign. Many factors will come into play, including the political oscillations of Mélenchon himself – between right and left – over the next few months. One thing seems more certain, however: Mélenchon is the only candidate, on the left, with a chance of defeating the grim spectacle of the right-wing candidates, from Macron to Zemmour.

There is one fundamental reason for this, which has nothing to do with the personality of Mélenchon, nor the number of times he has run for president: the polarisation of a large number of potential left-wing voters means that they will not rally behind the stale and lifeless programmes of Anne Hidalgo (PS), Yannick Jadot (Greens), or similar candidates. This fact alone, rooted in the deep crisis of capitalism, deprives the numerous projects for a combined ‘left-wing primary’ of any solid political base. If Mélenchon were to participate, he would be making a serious mistake – and for the time being he has firmly ruled this out.

As in 2017, the French Marxists of Révolution will campaign against the right and far-right candidates, that is, for a Mélenchon victory. However, as in 2017, we will do so by defending our own Marxist ideas and programme.

As in 2017, the French Marxists of Révolution will campaign against the right and far-right candidates, that is, for a Mélenchon victory, however we will do so by defending our own Marxist ideas and programme / Image: MathieuMD, Wikimedia Commons

If Mélenchon is elected next April, he will be confronted with the active and relentless hostility of the ruling class, the European Union, the financial markets, and the mass media. They will do everything in their power to force an FI government to abandon its progressive reforms, because these run counter to the fundamental interests of big business (irrespective of what Mélenchon claims). Capital flight, investment strikes, outsourcing, employment blackmail: these are the means they have at their disposal to ensure that Mélenchon gives in – just like Tsipras in 2015, or Mitterand in 1982.

Faced with such an onslaught, an FI government would have only two options: capitulate, or go on the offensive; namely, nationalise the commanding heights of the economy to deprive the bourgeoisie of its means of sabotaging the actions of the government. But the reality is that Mélenchon rules out this perspective. And his official programme, L’Avenir en Commun (‘A Shared Future’), only puts forward a small number of nationalisations, which would leave the core of production in the hands of the private sector. In short, the programme puts forward the impossible: a lasting improvement in living standards for the masses on the basis of capitalism in crisis. This is its central weakness.

This is what we will explain, facts and figures in hand, during the election campaign. Révolution, the French section of the International Marxist Tendency, would have no reason to exist as a separate organisation if its programme was the same as the FI’s. It isn’t. We will support Mélenchon’s candidacy against the right-wing, against the ‘Gang of Four’ reactionary candidates who want to deepen the exploitation of the masses – and the environmental crisis – so that the billionaires continue to get richer and the CAC 40 (French stock index) breaks new records (+29 percent in 2021!). We will support all proposals from the FI that head in the right direction. But we will insist on the necessity of building a revolutionary International, equipped with a programme for a break from capitalism, a programme for the socialist transformation of society, as the only means of preventing humanity from sinking into barbarism.