Details
EPANASTASI, Greek section of the IMT
30 May 2022 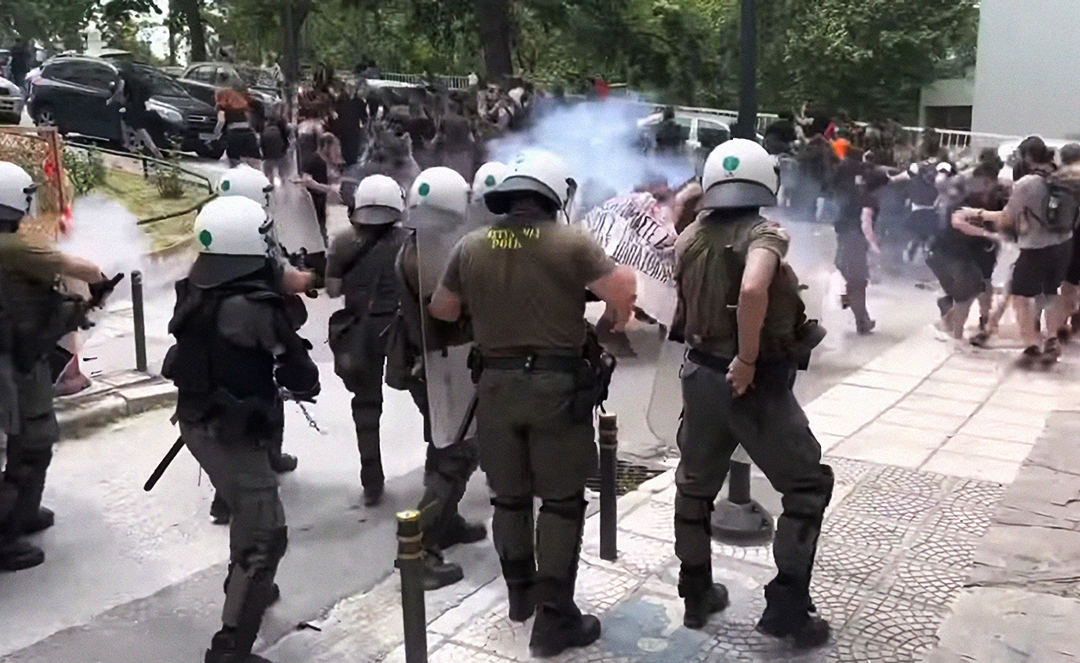 Following the brutal attack by the government and the police against the students of the Aristotle University of Thessaloniki, the comrades of the Greek section of the International Marxist Tendency released the following statement.

Police brutally attack and severely injure university students in Greece – for mass action against the government!

The brutal attack by the riot police (MAT) on 26 May against a protest by the Students’ Associations of the Aristotle University of Thessaloniki (AUTh), is not an isolated or accidental incident. Rather, it is a continuation of the government’s plan to terrorise students at this university.

The Students’ Associations of AUTh have been protesting against the government’s bill on Higher Education. Among other things, the bill provides for the indirect abolition of student factions (instead of voting for one of multiple slates, student representatives to university governing bodies will be elected as individuals from a single list), as well as the establishment of special police bodies in the universities (to be called ‘University Institutions’ Protection Groups’).

As a result of the severe police repression, two students were injured, one of whom was left seriously injured and had to be hospitalised with a broken jaw and teeth, and with a temporary loss of hearing. Police targeted students at close range with flash grenades, and the police raid could have easily caused even more serious injuries or even deaths. Blame rests on the leadership of the police and the Greek government, which is trying to terrorise students with the aim of establishing special bodies of “university” police in the major universities, including AUTh.

The weapon - the result

The intensity of police repression will have the opposite effect of the government’s intention. The government’s renewed attempt to pass bills during the summer and install turnstiles and police officers inside the universities will meet with strong resistance from the student movement, which will exceed the mass mobilisations of previous years (such as those in the summer of 2019 accompanying the abolition of university political asylum).