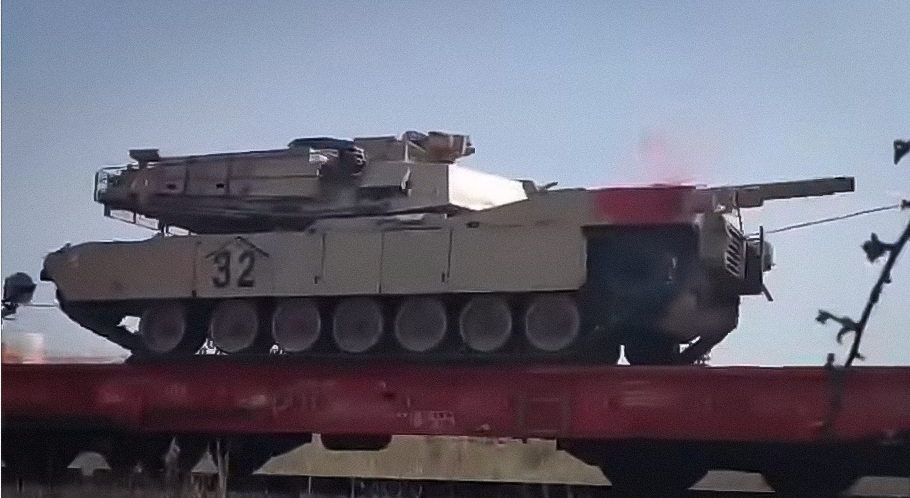 Workers at the Greek rail company TRAINOSE in Thessaloniki have forced the bosses to back down, after refusing to assist with transporting NATO tanks from the port of Alexandroupoli to Ukraine. The following statement was originally written in Greek on 5 April 2022, prior to the general strike that commenced the following day.

The militant, anti-imperialist stance of these TRAINOSE workers, and the solidarity they received from several trade unions in Thessaloniki and Central Macedonia, are the reasons for this victory, and they are an example for the entire European labour movement. These developments show that the attempts of American and European imperialism to send deadly military equipment to Ukraine can be thwarted by the power of the working class.

The bosses spent two weeks attempting to pressure technical workers from the engine room in Thessaloniki to go to Alexandroupoli by 2 April. There, they were to do work on trains transporting NATO tanks to the Ukraine border, via Poland.

The workers, as well as the 12 unions that supported them, rightly stated that the transfer of military equipment through Greece to Eastern European members of NATO, from which they will inevitably be sent to Ukraine, has the clear aim of strengthening the position of Western imperialism against Russia. The 12 unions announced their support in a statement:

“There should be no  involvement of our country in the Ukraine war, which is waged for the benefit of the few, at the expense of the majority. Specifically, we demand there should be no utilisation of our country's railway rolling stock for the transfer of any American-NATO arsenal to neighboring countries. We denounce TRAINOSE’s threats towards employees who refused to participate in the maintenance of trains that are to transport NATO tanks from the port of Alexandroupoli. It is a joke for the employer to say: ‘we do not care what the trains will carry, it is your job and you have to go’, or that ‘the company contract states that the employee will act according to the company’s requirements’. We, the railway workers, work to transport people and goods that can be used to meet the needs of society, NOT to become part of the country's involvement in affairs that are dangerous for the people, by transporting NATO war material to the outskirts of Ukraine. We will not become complicit in the passage of the war machine through the territories of our country. Real solidarity for the people of Ukraine today consists in the struggle for the following: No utilisation of the railway for the transport of military equipment to foreign countries; To return to their base the trains that are utilised for this purpose; No threats to railway workers who refuse to consent to the transfer of NATO military equipment from our country."

The right-wing New Democracy (ND) government actively supports the imperialist conflict in Ukraine, despite the peaceful and anti-imperialist sentiments of the Greek people. In addition to the thousands of weapons and missiles it sent to the NATO puppet Kiev government in early March, it often uses NATO bases in the country. The port of Alexandroupoli and Greek trains are used for the transport of ammunition through Bulgaria and Romania to support the war in Ukraine.

At the same time, the Greek government decided to send four units of artillery and light ASRAD/Hellas anti-aircraft systems, with 30-strong military personnel, to Bulgaria to take part in the formation of a NATO battle formation against Russia. And of course, the Greek army participates in the NATO Response Force, which was created immediately after the Russian invasion of Ukraine.

The act of disobedience by TRAINOSE workers has won the sympathy of large sections of the working class. Even more unions and federations should openly and actively support these workers. The general strike of 6 April should include demands from all these unions such as: "No to retaliatory dismissals of workers of TRAINOSE", "No to NATO and its intervention in Ukraine" and "No participation of Greece in imperialist schemes."

The example of TRAINOSE employees must be followed by all workers in Greece and Europe in the railways, ports and airports! No to the facilitation of NATO's killing machines, and their role in the imperialist war in Ukraine!