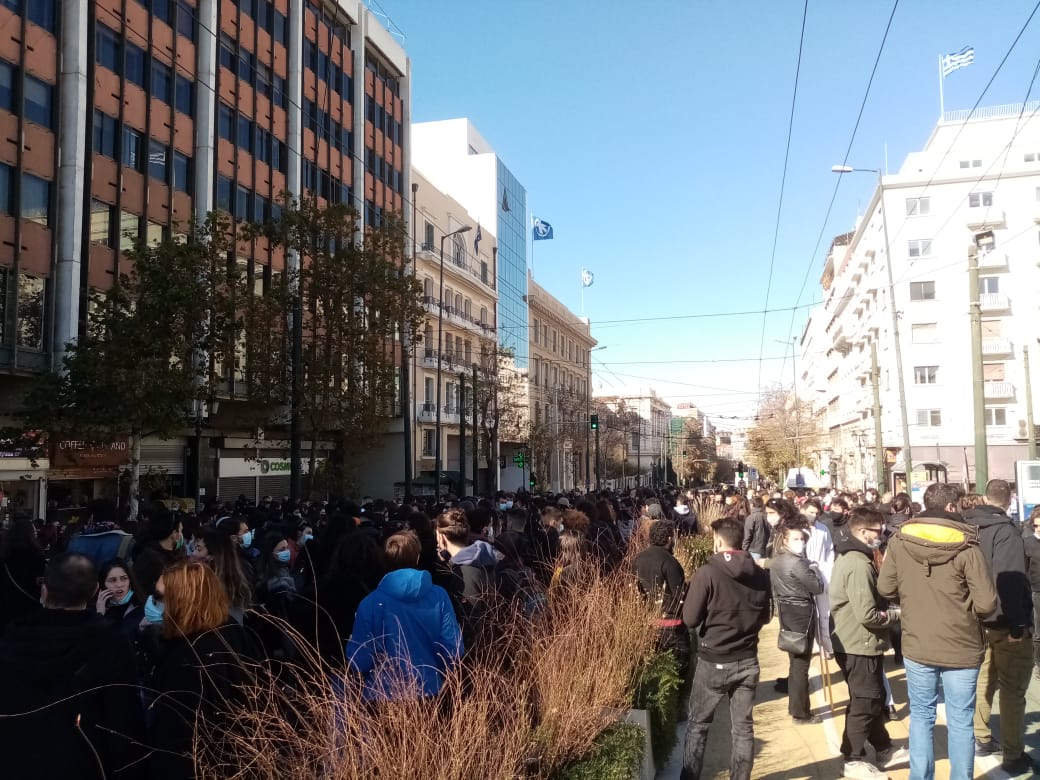 Yesterday, there was a series of rallies in Greece, mainly composed of students and teachers, against the reactionary measures that the New Democracy government is trying to pass in the universities and in the schools. More than 4,000 demonstrators came out in the streets of Athens. There were also demonstrations in Thessaloniki and other cities in Greece defying the ban imposed by the government.

This infuriated the youth, who came out on the streets without fear. The teachers’ trade union OLME and the public servants’ union ADEDY openly called on the workers and the youth to defy the ban and come onto the streets.

The law that the government is trying to pass in the parliament will eventually drastically reduce the number of students that can study in the public university. And of course, the ones excluded will be mainly the poorest working-class students that don't have money to pay for private education and have to work.

The main measure that has infuriated the students and the teachers is the introduction of a university police force, with the clear aim of cracking down on the university student movement.

Students and workers: unite and fight! 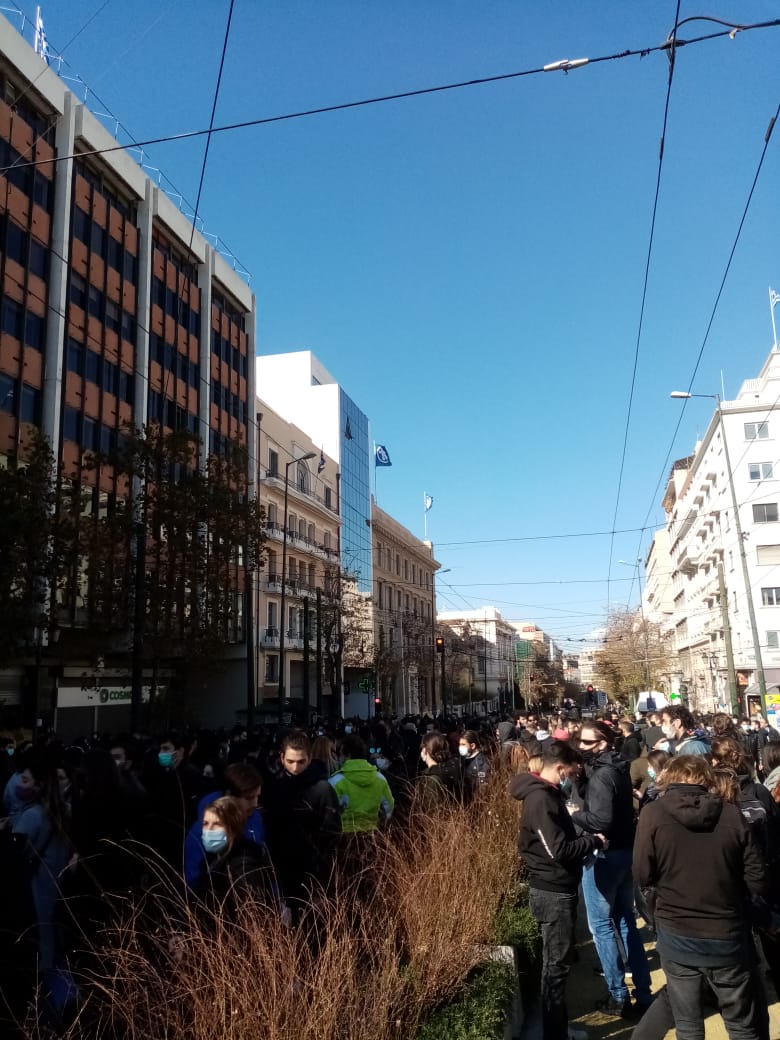 Today's rally reaffirms (after the school student rallies and the anti-fascist rally in October) that there is an explosive mood in the youth in Greece that could explode any moment / Image: Communist Tendency (Greece)

The bourgeois in Greece is preparing for the inevitable rise in the class struggle by reinforcing the police and passing laws that make it almost impossible to organise strikes and rallies.

Today's rally reaffirms (after the school student rallies and the anti-fascist rally in October) that there is an explosive mood in the youth in Greece that could explode any moment.

In previous attempts at rallies there were police checks and fines imposed. This time though, the government and the police decided to step back out of fear that they would spur the rally in a more militant direction.

The Marxist Tendency in Greece participated in the rally, and we will continue to intervene energetically in the building movement of the youth, raising the banner of revolutionary socialism as the only road forward out of the nightmare of capitalist crisis.