Share
Tweet
We have seen companies go under, banks on the verge of collapse, but in Iceland what we have seen is a whole country going bankrupt. Up until very recently Iceland was presented as the ideal place to live as a model for others to follow, but it was all based on mountains of growing debt.

“The Icelandic economy is prosperous and flexible” (IMF, 4 July 2008)

(There is) "a very real danger...that the Icelandic economy, in the worst case, could be sucked with the banks into the whirlpool and the result could be national bankruptcy." (Iceland's Prime Minister Geir Haarde – address to the nation, 6 October 2008) 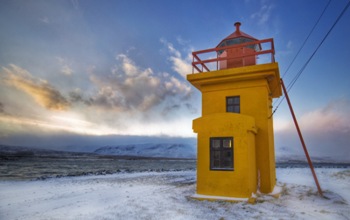 What happened to Iceland in the period of three months to explain this change? Of course we have pointed out in the past the arrogance and stupidity of the bourgeoisie and its representatives in such institutions as the IMF, who clearly made a mistake in their assessment of Iceland's economy. But Iceland has been particularly badly hit by the current worldwide crisis of the capitalist system.

To explain the particular crisis with Iceland’s banks, we can do no better to turn to an article written in the Financial Times on 1 July 2008 by Robert Wade, a Professor at the London School of Economics. Professor Wade explains that prior to 2000, most of Iceland’s banks were publicly owned and run with a conservative approach to issuing loans and credit. Real interest rates, i.e. interest rates taking Iceland’s relatively high inflation rate into account, were low and even negative. Credit was not given easily and it was hard for individuals to obtain a loan. Under the pressure of the capitalist class, envious at the massive profits being made by banks elsewhere, Iceland’s banking system was deregulated and privatised in 2000.

To quote Professor Wade: “The banks were privatised in 2000 in a hasty and politically driven process. Ownership went to people with close connections to the parties in the conservative coalition government which had scant experience in modern banking.” The banking regulators “preferred as light a regulatory touch as possible.”(Robert Wade – FT, 1 July 2008). Of course what the good Professor means is that the elite in Iceland saw the opportunity to make a quick buck out of the banking system and arranged matters accordingly. Parliamentary democracy was seen as merely a means to this end. These actions were, of course, applauded by the capitalist class worldwide and lauded by such institutions as the IMF. 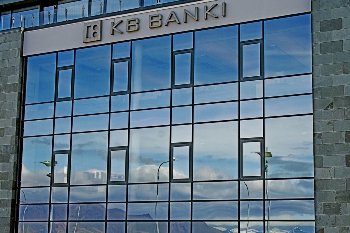 The banks, hitherto operating mainly as domestic clearing banks, extended their operations to investment banking. Deregulation allowed banks, companies and individuals to borrow vast sums of money and this fictitious capital led to a massive boom. Much of this money came from outside of Iceland in what is known as the “carry trade”. This is a way for capitalist speculators and swindlers to borrow money outside Iceland, e.g. in the Eurozone, at low interest rates, exchange it into Icelandic Kronur, and to lend it to banks, companies and individuals in Iceland at higher interest rates. The difference between the two interest rates was pocketed by the capitalist as profit.

While interest rates in places like the Eurozone remained low and credit in these places freely available, the merry-go-round continued. Banks and companies borrowed heavily to fund investments both in Iceland and abroad. They engaged in an overseas investment drive buying up stakes in Europe including many leading British companies. The Icelandic Central Bank gave up reserve requirements and tried to curb the rising inflation caused by the financial boom by increasing interest rates as high as 15%. This just led to a greater influx of foreign capital, an increase in the carry trade and further boom. The miracle of Iceland’s economy was proclaimed, indeed some bourgeois ideologue announced that it was “the world's first country run like a hedge fund”, implying that Iceland was a model for the future. 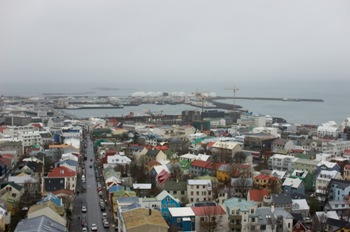 Of course the merry-go-round could not continue for ever. Over the past year, as the economic crisis has intensified, banks have been reluctant to lend and have been calling in their loans. The carry trade into Iceland ended and the loans made to Icelandic banks had to be repaid. The problem was that by now Icelandic banks had a high level of leverage, i.e. debt to real assets. The FT reported on 8 October 2008 that according to the central bank of Iceland, the money owed by the country's banks to foreigners amounted in the second quarter of 2008 to six times Iceland's GDP (annual national income). Iceland had become in capitalist eyes a “reasonably large banking system with a small country attached” (FT, 8 October 2008), but the banking system itself was in crisis. The Icelandic government introduced panic measures and ordered banks to sell foreign assets and repatriate the monies raised. On 5 October the Government announced that there was no need to introduce special measures. In the midst of the world financial crisis the very next day a bill was introduced into Parliament, and passed with opposition support, allowing the government to take over the banks. That same day the Prime Minister addressed the nation and announced “the outlook is grim for many”. 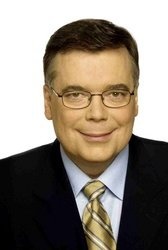 The stock market was suspended and as the banks did not have enough money to cover their debts, one by one they were nationalised. Landsbanki was nationalised on 7 October, which prompted the British Government to freeze an estimated £4bn of assets of Landsbanki using anti-terrorist legislation as the basis. The legal justification for doing this was to combat “action to the detriment of the UK's economy”   the British Government claimed that it had used its powers to protect British retail depositors as it was not clear whether Landsbanki would cover its obligations. As the Financial Times explained, “For those with money tied up in its [i.e. Iceland’s] banking system...the losses threaten to be large”. (FT, 8 October 2008). Not content with labelling the actions of a bank as a terrorist action, the next day the British government placed the UK subsidiary of the Icelandic bank Kaupthing into administration thus causing the parent company based in Iceland to go into technical default. The Icelandic government were thus forced to nationalise Kaupthing also.

Iceland’s banks were not exposed to the sub-prime loans which started off the credit crunch last year. They have been caught up in the speculative bubble that world capitalism has gone through in the recent period   a bubble that has now burst. Now the government has nationalised the banks, the state clearly does not have the resources to meet all the banks’ liabilities and is facing bankruptcy. In 2000 the combined assets of Iceland's banks were just below one year's GDP, earlier this year, it was estimated that these assets, funded by debt, were now around 10 times GDP.

It has been reported that the government are negotiating a loan with Russia and separately a loan with the IMF. As the workers of Argentina know, the IMF makes sure that the working class pay for the extravagance of the ruling class. In any case, whatever additional debt the government incurs to meet the short-term crisis, it’s clear that on the basis of capitalism there are no credible solutions for Iceland’s workers. In the middle of the bank nationalisations, a woman was quoted in the British press as saying: “I didn’t have any money before all this, and I haven't got any now” while the same woman went on to say: “I know of a guy, he was worth 3bn Kronur before last weekend, and 600m after it. But his wife is still shopping at Prada." (The Guardian, 8 October 2008). What a comparison between the sacrifices the members of each class have to make in this crisis. Unfortunately, this is just the beginning; conditions will get worse for the working class. But this contrast between the privileged and poor will not be tolerated for long.