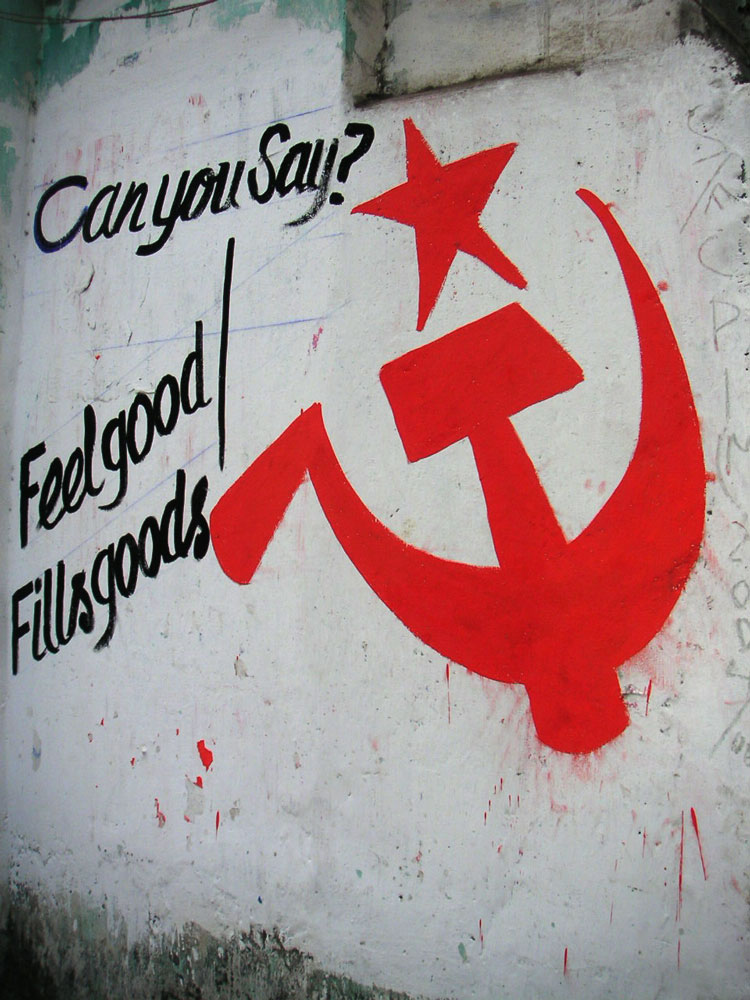 The drastic defeat of the Left Front, led by the CPI (M), in the state elections of west Bengal, the results of which were announced on May 13th, is a significant turning point in the left politics of the south Asian subcontinent.

Out of the 294 seats up for election the bourgeois alliance, led by Mumta Bannerjee of the Trinamool Congress, won 228 seats. The CPI (M) was routed with just 61 seats and the fate of its 34-year uninterrupted rule was sealed. They also lost in Kerala and these results have yet again exacerbated the propaganda of the ruling classes and imperialism that Marxism and communism has failed. This result would also have given some respite to the guilty and inflated egos of those ex- lefts who had abandoned revolutionary socialism and had jumped on to the bourgeois band wagon, joining the deafening chorus of the cliché ‘socialism is finished’. However, this defeat may be the falling of a curtain of sorts on a flawed ideology and methods of two stages, but the role of the left and communism will have a decisive significance in the struggles of the Indian youth and proletariat that will ensue in the stormy events that impend.

The Communist Party of India was formed in Berlin and in Tashkent in December 1920 by some of the Indian exiles under the guidance of the Bolshevik Party, led by Lenin and Trotsky at the time. Due to the enthusing impacts of the October revolution in Russia on the national liberation struggle in India against the British Raj, the CPI gained a mass base in a relatively short span of time. The role of the CPI in this movement of national liberation has been undermined by the official historians in India and Pakistan. But it was also debased due to the compromises of its leadership during the latter part of the Second World War, when they capitulated to the imperialists after the Yalta and Potsdam accords between Churchill, Roosevelt and Stalin.

Even after partition they continued to pursue the Menshevik policy of two stages, the essence of which was that the character of the Indian revolution was not ‘proletarian socialist’ but ‘bourgeois democratic’. They supported the Indian bourgeoisie that was being led and represented by Nehru. This led to inevitable differences within the CPI, which split in 1964 with the formation of the CPI (M). In 1967 there was another split that resulted in yet another party formation, the CPI (ML). Although the ideological differences between the CPI and the CPI (M) were meagre, the policy of two stages was the central policy plank of the two parties. To some extent it reflected the Sino Soviet split of that period with their only difference being which section of the Indian bourgeoisie was ‘progressive’. What has been proven by the social conditions that prevail in India today is that no section of the Indian ruling class has any progressive role to play whatsoever. They never had one.

However, the CPI (M) started to get a greater mass base in Bengal, Tripura, Kerala and some other states due to its more radical slogans and the CPI’s continuous support for the bourgeois Congress regimes. The CPI as a united party won an election in Kerala in 1957 and has been in and out of power as a left front government in the state. But West Bengal, with a population of 91 million, was far more important. When the Left Front formed the government in 1978 with CPI (M)’s Jyoti Basu as the chief minister, they carried out radical land reforms and gave concessions to the masses, especially in the rural areas, that consolidated their base. But these policies were at best, left reformist. At that time the policies of Nehruvian ‘Socialism’ were also being pursued by the Congress Party at a national level and the CPI (M)’s policies were only a slightly radical version of that. But as the Keynesianism model of capitalism began to crumble on a world scale, along with the fall of the Berlin wall, the collapse of the Soviet Union and the capitalist degeneration of the Chinese bureaucracy, the imperialists became more aggressive and under Thatcher and Reagan enforced the monetarist version of capitalism. This trickledown economic theory severely curtailed the intervention of the state in the economy and hence inflicted a fatal blow to the reformist ideology of social democracy internationally.

These events put enormous pressures on the CP leaders in India. They were totally exposed as they embarked upon these policies in the states they ruled. To invite foreign and domestic capital investments they had to attack the workers and peasants. The incentives meant suppression of the right to strike and the violent snatching back of the lands distributed to the poor peasants in the late 1970’s. The bloody incidents of state violence in Singhur and Nandiram are obtrusive examples of the callousness of these left leaders in power.  Instead of adopting a revolutionary policy of overthrowing capitalism, they had ended up as its custodians. In his address to a meeting of investors the last CPI (M) chief minister of West Bengal, Buddhadeb Bhattacharjee, said, “I am against strikes. Unfortunately I belong to a party which calls for strikes. I have been silent for a long time. I will not remain silent anymore.” He lost his safest CPI (M) seat in West Bengal by a wide margin in the recent elections.

The main lesson of this defeat is that in sixty four years India has become one of the fastest growing economies, yet it has the largest concentration of poverty in the world. Indian capitalism has brought harrowing misery and destitution for the masses. The CP leaders have abandoned a revolutionary course and adopted what Lenin had called “parliamentary cretinism”. They have compromised with the system and the masses have rejected them. Their capitulation to Indian nationalism, bourgeoisie democracy and capitalist economic has only led to their alienation from the mighty Indian proletariat and the new vibrant generation of the youth.

The crisis is worsening. Capitalism cannot resolve any of the problems of the democratic revolution. Even these demands can only be completed under a planned socialist economy. The CP’s are still the traditional parties of the Indian working classes. To fulfil the aspirations of the oppressed masses and bring prosperity and relief for them, these parties will have to change course. There is a widespread ferment in these parties which has been amplified after this defeat. The genuine communist activists are asking questions and looking for a way-out from this impasse. The ‘communist’ parties will only become communist when their first and foremost aim, task, policy and programme are that of a socialist revolution leading to a socialist federation of the south Asian subcontinent.