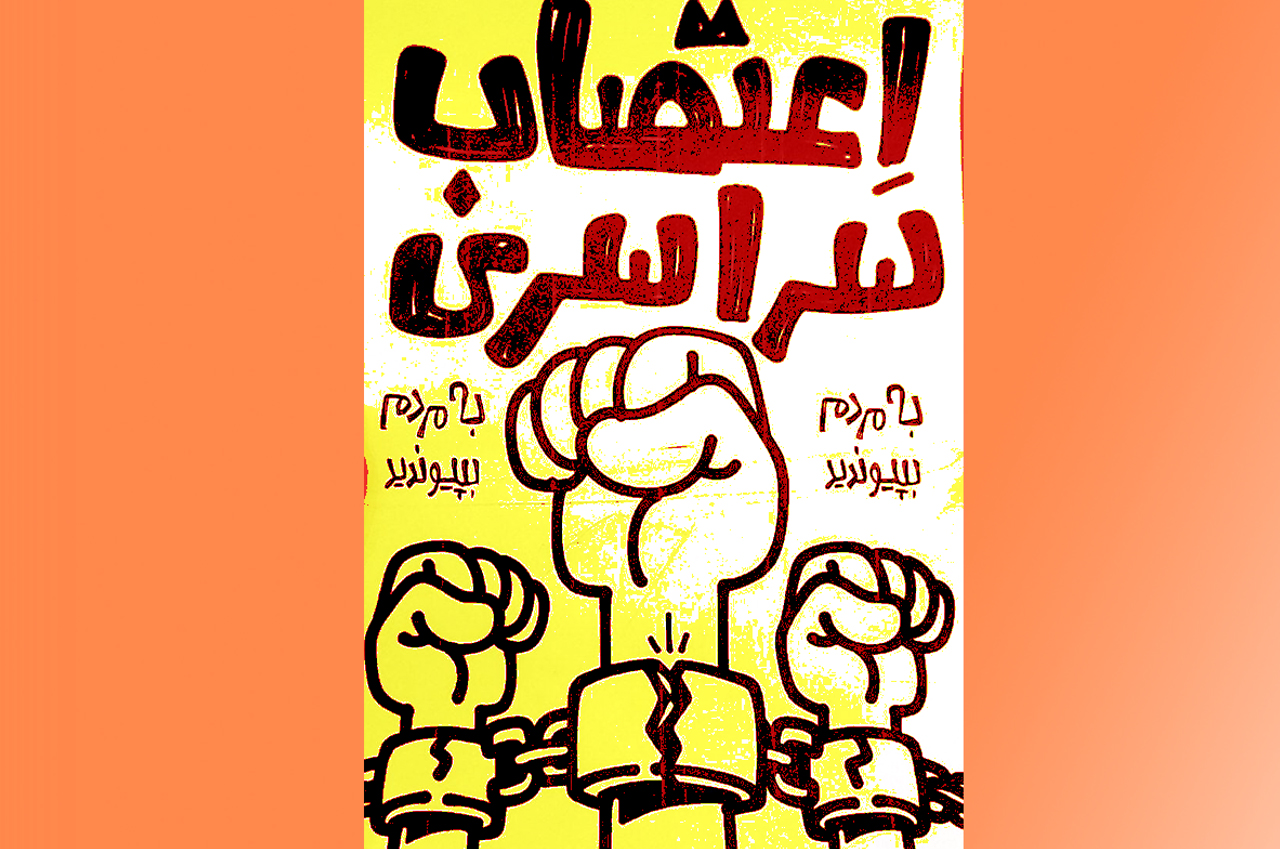 Two weeks on from the outbreak of the revolutionary uprising in Iran, and the movement continues. In every major city, violent clashes are occurring between the youth and security forces, with repression becoming ever harsher. Well over 100 have been killed and many more have been arrested. On Monday, students responded by commencing a strike, which has now spread to over 100 universities!

As of this moment, protests are ongoing in Khuzestan and Zahedan in Balochistan. The Balochis are an oppressed ethnicity under the Islamic Republic, and as such the regime has responded to their protests with far greater brutality. 86 have been killed and many more injured. The youth of Zahedan have responded by burning down official buildings. Workers’ and students’ organisations across Iran have issued statements of solidarity with the Balochi protests, and for a common struggle against the rotten Islamic Republic.

In Ahvaz, Khuzestan province, the youth have poured into the streets by day, raising the slogans, “women, life, freedom”; and “Ahvazis, show your honour – close everything”. The regime answered them with tear gas, but drivers blocked the roads to prevent their goons from pursuing the young people. There are also reports of protests in Susagerd, Shush and Abadan but details are sparse. The workers of Khuzestan, home to most of Iran’s oil industry, are rapidly radicalising in the course of these events.

The regime, fearing for its very existence, is clamping down on youth protests in the night. Shots and tear gas are openly fired into the crowds. This has only led to increasingly violent clashes, the most militant being centred in Tehran, Karaj, Qom, Shiraz, Isfahan, Rasht, and the Kurdish cities such as Sanandaj. In its attempt to stop the protests, the regime has almost completely shut off the internet and closed the universities.

The slogans “women, life and freedom”, “death to dictators”, and “cannons, tanks, firecrackers, the cleric must get lost”, continue to be raised. In answer to with terror of the security forces, the masses have also raised the slogan “Basiji, Sepahi – you are our ISIS”. In many instances, young people have directly confronted the security forces with slogans and shouting in an attempt to convince them not to shoot.

The student strikes and rallies have become the focal point of the movement, with universities becoming their bastions. Many young people who are not students have also enthusiastically joined the rallies. Across many universities, regime symbols have been torn down and replaced with the slogans of the movement. Professors across Iran have made statements in support, some have resigned in protest, and a few have openly joined the strike and rallies. The mood at many of these rallies is incredibly revolutionary, with slogans such as, “we will fight, we will die, we will still take Iran back!”; and, “the students would rather die than accept defeat!” The regime is rightly afraid of the situation escalating, and has avoided major confrontations with these rallies.

From the beginning of this movement, all attempts at suppression have only served to sharpen the revolutionary convictions and anger of the youth. Now the youth, through their experience of struggle, have increasingly arrived at the correct conclusion that a general strike is necessary.

The reaction of the regime has not only radicalised the youth but also workers’ organisations, with many threatening strike action. This list includes truck drivers, the Council for Organising Protests of Oil Contract Workers, the Haft Tappeh workers, the Tehran Bus Company workers, the Teachers’ Coordinating Committee, among others. These trade unions have been at the forefront of the escalating class struggle since 2018, with Haft Tappeh workers, local affiliates to the Teachers’ Coordinating Committee, and contract oil workers joining protests across the country.

But the call to strike goes far beyond these usually militant workers. Already, there has been a new, sporadic wave of bazaar strikes. The official oil workers’ union has also threatened to strike. This layer had previously been isolated from the more militant contracted oil workers, but it too has now endorsed the radical statements issued by the latter.

The workers are essentially threatening the start of a mass strike – but the regime will not back down as its survival is at stake. The strike must rapidly be transformed into a universal general strike openly calling for the downfall of the regime. Lest we forget, it was precisely such a general strike in 1978 that paralysed the Shah-regime’s security forces and made the Shah himself to flee in terror into the arms of his American masters.

For a general strike led by revolutionary committees!

In the class struggle, the most revolutionary layers are almost always to be found among the youth. In Iran, the youth have grasped the need for a general strike and have been openly agitating for one. With the internet down, they have gone over to producing leaflets, distributing them on car windshields. The most radical among them are organised in various communist groups inspired by the organisations that led the 1979 revolution. 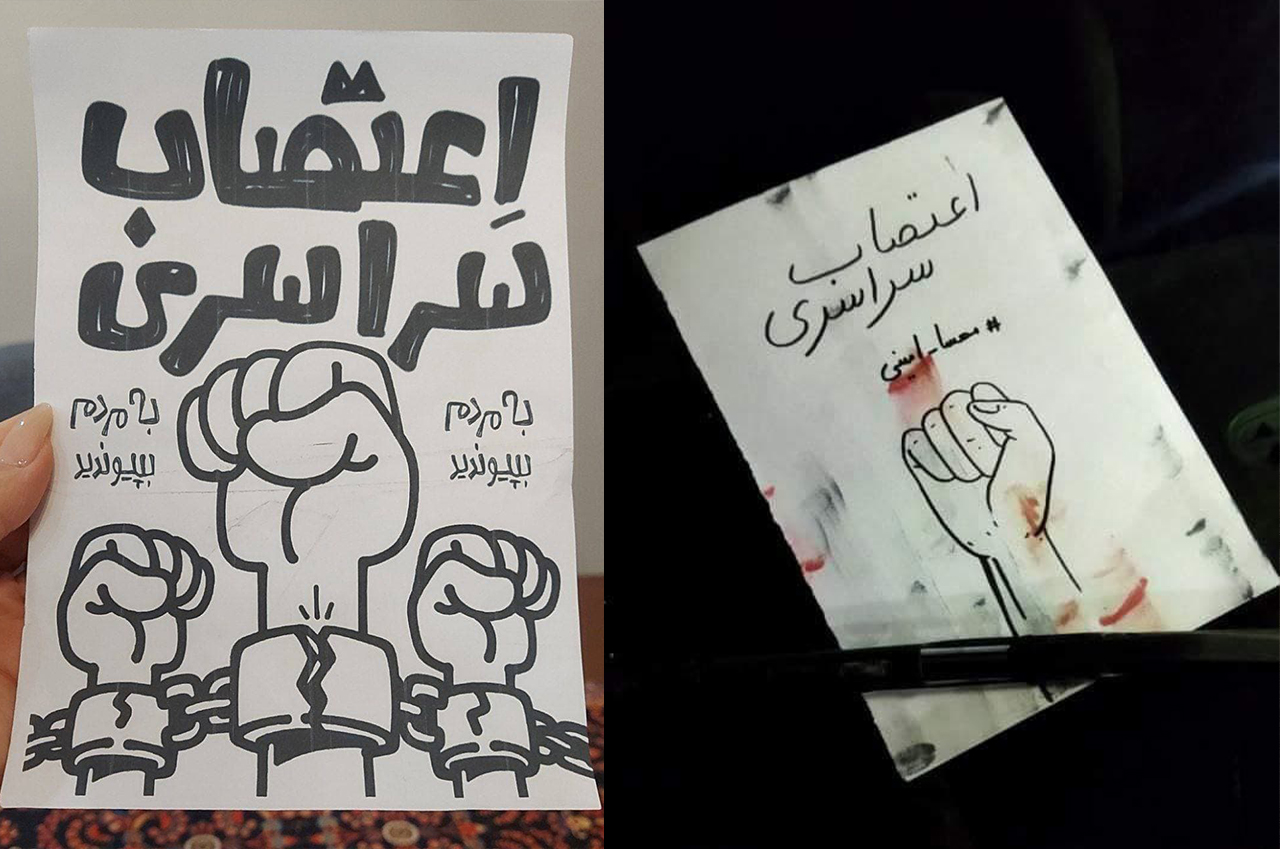 The consciousness of the student youth has developed in the course of this struggle. Most understand the need for a general strike, and have begun agitating for it by posting flyers on car windscreens / Image: telegram

One such group is the Revolutionary Communists of Gilan, which seems to be concentrated in Rasht. They correctly explain the need for a general strike but also the problems that it poses:

“Along with the continuation of street protests, it is very necessary to call all our comrades for a general strike. Unfortunately, in this situation, for a widespread strike to be effective rather than simply symbolic would require a minimal level of organisation among the masses, which is not present in society [Iran], especially among our workers, on account of the widespread repression of the government. In the absence of such organisation, one can only hope that these inflammatory days in the country propel the workers into action.”

They go on to explain that the task of communists is to: “try to build for a general strike, to talk to the workers about the necessity of this revolution, [and] that we all need a general strike for its success”, and “that without the revolution everything else [economic struggle] will be in vain”.

This is precisely the way forward, revolutionaries must go further than leaving leaflets on car windshields. They must win over the workers at rallies on the basis of a revolutionary programme of economic and political demands, and build the foundations for a general strike. Already, the workers of Haft Tappeh have put forward the starting point for such a programme in the wake of Friday’s events in Khuzestan:

“We demand complete freedom and the right to freedom of speech, expression, association for trade union and political parties, and free elections. We also demand the immediate establishment of free education, free healthcare, the immediate establishment of a minimum wage corresponding to 23 million tomans per month, full insurance, pensions that are suitable for all men and women in the society. But these are the minimum of our demands.

“We must immediately take action to establish independent councils in work and life environments to directly intervene in all economic-political-social affairs. We will make decisions on basic and minor economic and political issues with a majority vote and direct and council democracy, and we will fully take control of our destiny. This is our country and not that of the oppressors and exploiters. Together, and hand in hand, we must build this country and establish freedom, prosperity and equality with our own strength and power.”

We would also add demands for the abolition of blank-contracts; a 30-hour working week; the nationalisation of all major privately held companies, and the renationalisation of all privatised companies and banks. Additionally we must raise political demands for an end to all oppression; and equal rights under the law irrespective of gender, sexuality and nationality. To these demands we must also add the abolition of the morality police, the Basij and Revolutionary Guards’ paramilitary groups, along with the intelligence agencies; and the convening of a constituent assembly.

This programme should be fleshed out by the youth and workers themselves. However, on such a basis, a general strike could be rapidly prepared. Students should already begin forming strike committees at the universities in order to lead the struggle. Once the strikes spread, similar committees must be founded in every workplace and neighbourhood, and linked up for a national onslaught against the Islamic Republic.

Down with the Islamic Republic!

The fact is, that despite the horrific repression, the regime remains very weak and is lashing out like a cornered animal. Its only real base of support is among the Basiji and Revolutionary Guard paramilitaries. But even these forces are limited. The security forces have even begun recruiting children and drawing from among its foriegn allies in the region. But the more brutal the repression of the masses, the more it threatens to tip passive support among the masses into a mighty backlash in the streets. Faced with a general strike, the security forces would be completely overwhelmed. 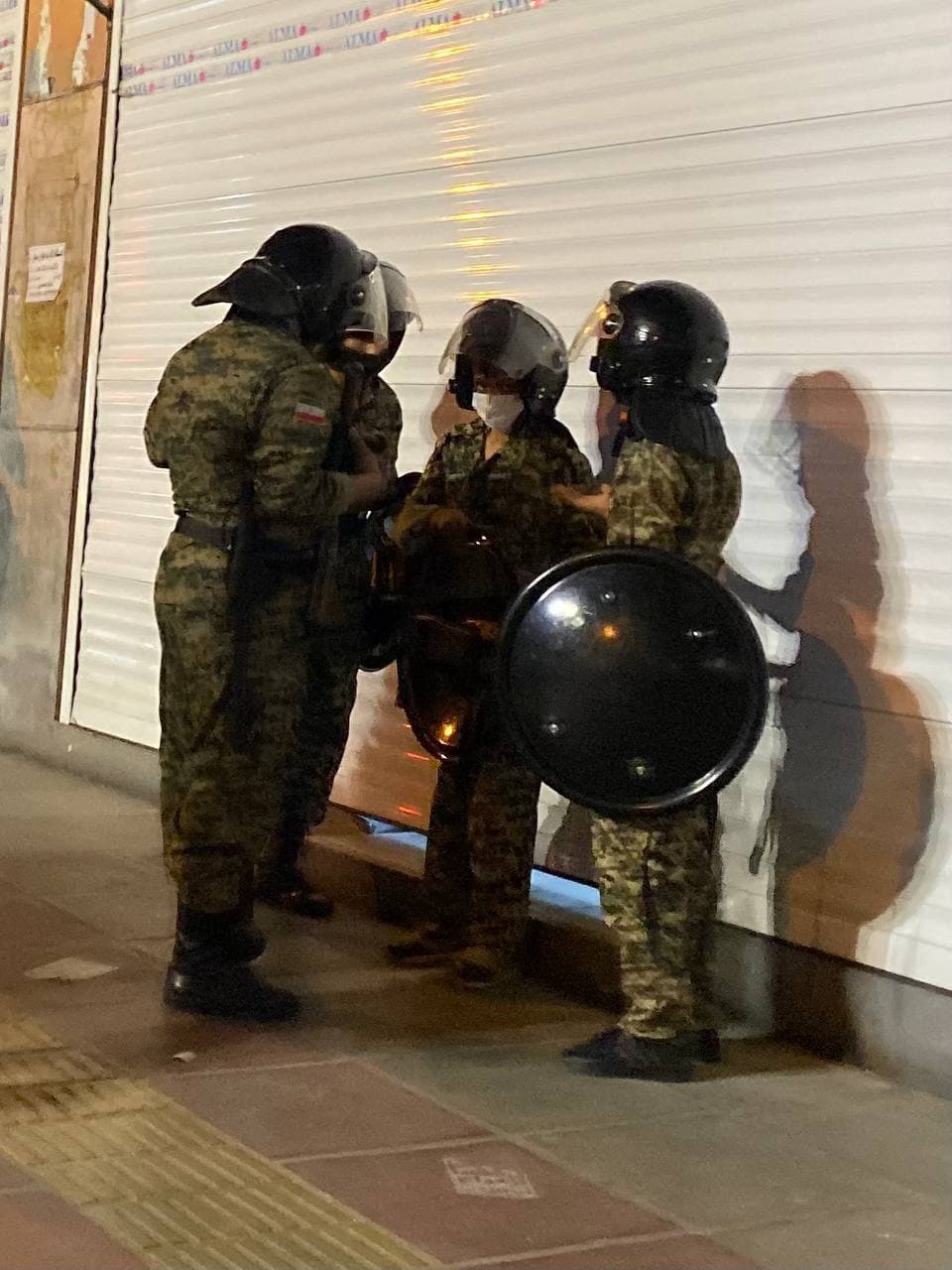 The regime has a very weak base of support. It has even begun recruiting children to the repressive militias that are unleashed against the protests / Image: telegram

The only reason the regime remains in power is the lack of leadership and a clear programme. This is the only thing holding the masses back, as it has been doing since 2018. This is one qualitative difference with the 1979 revolution, when various nationwide communist organisations existed. Then, unlike today, despite the equally repressive Shah regime, communist cells existed in nearly every industry, and completely dominated the student movement. The lack of such organisations is drawing out the entire revolutionary process in Iran. The task of revolutionaries is to fill this vacuum, to link up with the workers, to build for a general strike, and to overthrow the Islamic Republic!

But even with the fall of the Islamic Republic, on the basis of capitalism the demands of the masses cannot be fulfilled. The criminal capitalist class of Iran has nothing to offer. Already, the imperialists have put forward Reza Pahlavi, the son of Mohammad Reza Pahlavi, as an alternative, but the Iranian masses rightly rejected him with the slogan: “Death to tyrants, be it the Shah or the Leader [Khamenei]”. Bourgeois democracy will not solve any of the problems of the masses; and the capitalist class, which has never been an ally of democracy, must not be given the chance to impose a new dictatorship. The overthrow of the Islamic Republic must be combined with the seizure of power by the working class to bring an end to the 100-year nightmare of Iranian capitalism. At this juncture, Iranian Marxists must patiently explain that only on this basis with the expropriation of the capitalists can the democratic and economic demands of the masses be secured.