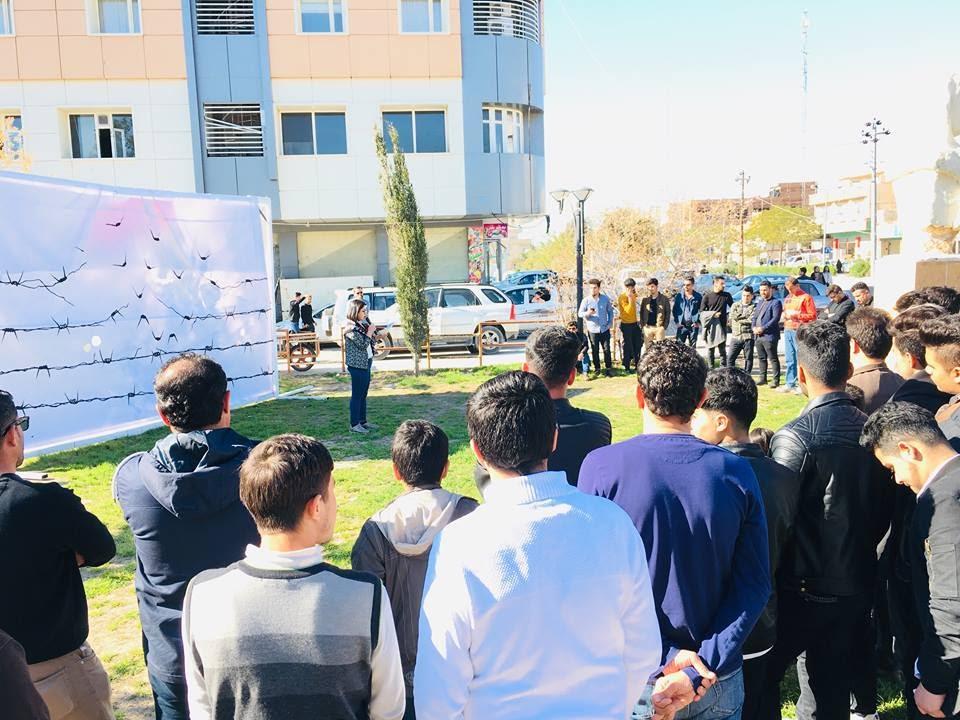 We are publishing this short report by a group of readers of In Defence of Marxism from Iraqi Kurdistan.

Nova Group, which is a radical artistic, literary and intellectual group from Iraqi Kurdistan, has conducted its new performance, titled ‘The Achievable Dream’ in Kalar city. The performance rejects the idea that women’s liberation is impossible: the group believes that it is an achievable dream if it is struggled for.

The performance, which is a street-art work, was supposed to be performed in Sulaimaniyah and few other towns and cities of Kurdistan as well, but shortly before the performance in Sulaimaniyah, the security forces attacked the group on the street and forced them to leave. As stated on the group’s official social media account: “the raid by the special security force (Asayish) was an attack on the security of the radical groups of society, which fight for freedom... this is the kind of ‘security’ that protects the Kurdish bourgeoisie’s interests. It is insecurity for groups that dream of a classless society.”