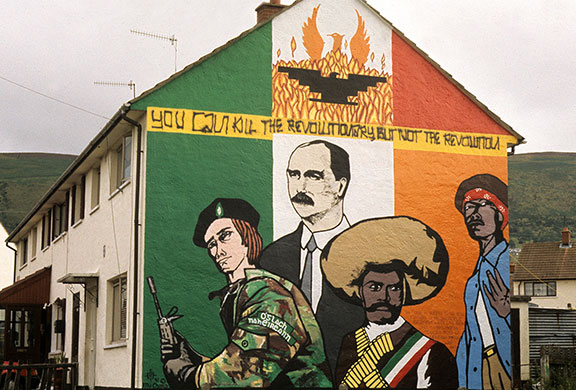 The signing of the Good Friday Agreement and the subsequent ceasefire of the Provisional IRA after 30 years of armed struggle raises the question: after so much sacrifice and bloodshed, what has been achieved? Yet this question is being studiously avoided by the leaders of Sinn Féin, who have exchanged the armed struggle for a minister’s portfolio. Though they publicly deny it, the unification of Ireland is off the agenda. The strategy, methods and tactics of non-socialist Republicanism have ended in complete disaster.

The Irish Republican movement has been struggling for a united Ireland for decades. Yet today it is clear to all that it is no nearer this objective than when it was founded.

Marxists have always been in favour of a united Ireland, but following in the footsteps of James Connolly, we have also understood that this goal can only be achieved as part of the struggle for a socialist Ireland and a socialist Britain. It can only be achieved by class and revolutionary methods. The prior condition is to unite the working class in struggle, and this can only be achieved by a return to the revolutionary traditions and programme of Jim Larkin and James Connolly – the programme of the Workers’ Republic. So long as capitalism dominates Ireland there will be sectarian division and strife, which will undermine and destroy the movement for Irish unification.

— From Introduction to Ireland: Republicanism and Revolution