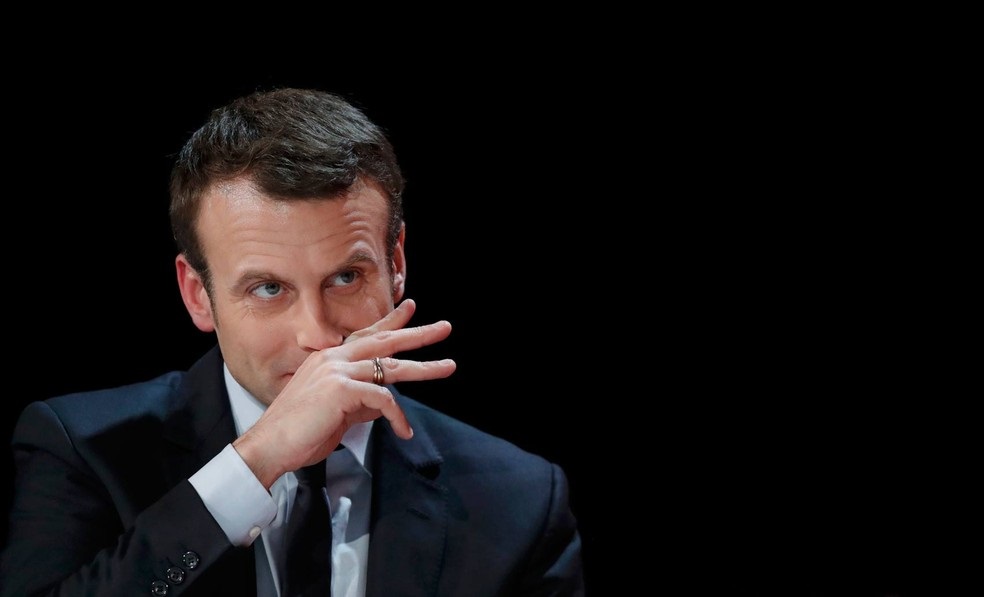 The re-election of Emmanuel Macron marks a new stage in the crisis of French capitalism. In the second round, taking into account abstentions and blank or invalid ballots, the ‘Jupitarian President’ won the votes of only 38.5 percent of registered voters. That's 5 percent and 2 million fewer votes than in 2017. Moreover, almost half of his 18.8 million voters have absolutely no confidence in him. All in all, Macron won amidst a sea of bitterness, mistrust and hatred. It is these conditions of social tension and class hatred that give rise to revolutions.

Marine Le Pen was clearly defeated, but received 2.7 million more votes than in 2017. The routine of organising a “barrage against the extreme right” has reached its limits. Everyone has seen this old song play out before. It consists of “normalising” National Rally over a period of years, inviting its representatives on all the television platforms, relaying all its reactionary ideas – only to suddenly discover, between the two rounds, secret dictatorial intentions, in the light of which we are summoned to vote for Democracy, for the Republic, for Liberty, Equality, Fraternity: for Emmanuel Macron.

Unfortunately, as in 2017, this sorry show was enthusiastically supported by most of the leaders of the left and the trade union movement, under the guise of a “republican front” against the far right. The latter has certainly been defeated in the polls, but emerges politically strengthened.

Between now and the parliamentary elections on 12 and 19 June, Macron will try to hide the extent of his reactionary programme. In 2017, he won a clear majority of seats in the National Assembly. It is possible that he will succeed again. This will depend on a number of factors, not least the extent to which the left-wing electorate is mobilised. In June 2017, it was massively demobilised.

Jean-Luc Mélenchon announced that he was aiming for the victory of the newly “enlarged” Popular Union, UP [with the addition of the New Anti-Capitalist Party, NPA] on 19 June, and becoming Prime Minister, with Macron being obliged to appoint him if UP gets a majority. Over the next eight weeks, tens of thousands of activists and supporters of the FI [France Insoumise] will work towards this goal. Revolution [the IMT in France] is calling for a commitment to this campaign, to get as many FI MPs elected as possible. That said, we must face facts: a victory for the Popular Union presupposes a very clear amplification of the dynamic that brought Mélenchon to 22 percent of the vote on 10 April – the exact opposite of what happened during the 2017 legislative elections, marked by a record abstention (51.3 percent). A victory for the Popular Union therefore seems unlikely. On the other hand, it is quite possible that the FI will win dozens of additional seats, which would strengthen its position in the coming struggles against the government's reactionary policies.

On the evening of his re-election, Macron formulated the first shameless lie of his new mandate: “This new era will not be the continuity of the quinquennium that is coming to an end, but the collective invention of a refounded method for five better years at the service of our country, of our youth”. This statement aims to put the popular electorate to sleep on the threshold of the parliamentary elections. In reality, Macron will continue to intensify the destruction of our social gains. All his policies will remain subordinated to the interests of the handful of rich capitalists who own the major levers of the economy. 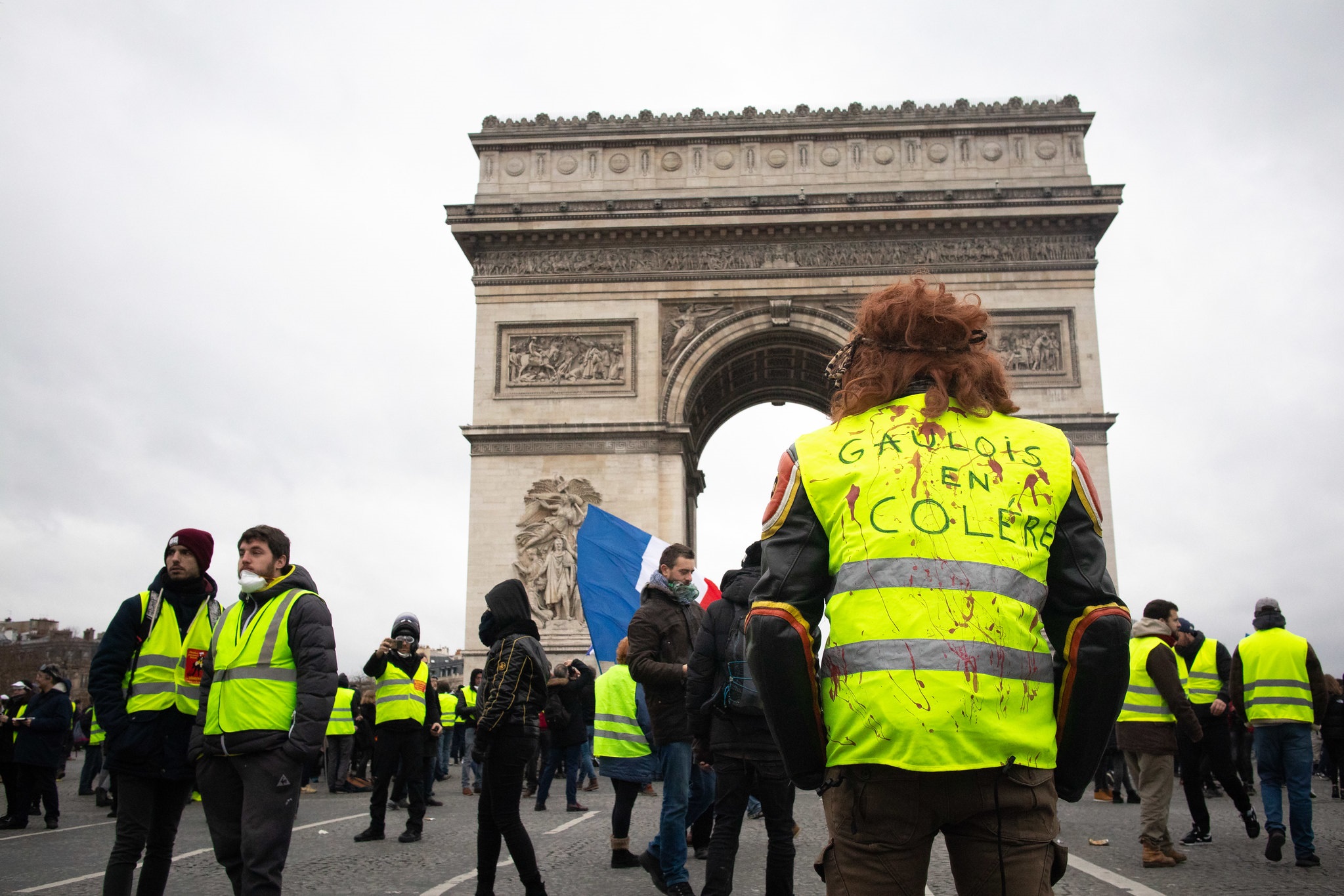 All the conditions in France exist for social eruption against Macron / Image: Olivier Ortelpa, Flickr

In its race for profits, the French ruling class will demand the destruction of health insurance, unemployment insurance and our pension system, the lowering of the 'cost of labour' (i.e. net wages and employers' contributions), the 'conditioning' of the RSA [Revenu de solidarité active, is a French form of in-work welfare benefit], the ransacking of the civil service, drastic cuts in social spending, privatisation of everything that can be profitably sold – and, of course, tens of billions of euros in subsidies to companies to “defend their competitiveness", of which tens of billions will go directly to boosting the dividends paid to the shareholders of the big capitalist groups, every year.

Will Macron succeed in implementing this policy? Everything will depend on the resistance that our class puts up against him. One thing is certain: this time, the head of state will not benefit from any state of grace. From the outset, he will face unified hostility from a large majority of youth and workers, whose experience has been enriched by the struggles of the last five years. Moreover, Macron will not be able to count on a favourable economic situation at all. The crisis and its social impact will fuel the fire of anger and revolt.

Inflation, in particular, will be a central part of the social equation. Most bourgeois economists have been forced to recognise that rising prices are not a passing phenomenon. Rather, the process is accelerating. In March, inflation reached 8.5 percent in the US (a record since December 1981), 7.5 percent in the eurozone (unprecedented) and 4.5 percent in France (a record since December 1985). The increase in “producer prices” – which are ultimately reflected in the prices of everyday goods – is also reaching new highs: +22.4 percent in February in France, which is unprecedented. Commodity prices – particularly food prices – are soaring, threatening tens of millions of people around the world with famine and weighing on the purchasing power of households in the most developed countries. Finally, the fall of the euro is making imported goods more expensive.

In this context, to which we can add the war in Ukraine, growth prospects are constantly being revised downwards, in France and elsewhere. The bourgeois press fears the return of a phenomenon that marked the 1970s: “stagflation", i.e. the combination of economic stagnation and high inflation. These fears are all the more justified as the Chinese economy – one of the main engines of global growth – continues to slow down. The French economy, with its 113 percent public debt to GDP and huge trade deficits, would be hit hard by such a scenario.

A problem to be solved

Inflation will stimulate strikes for wage increases. In general, the combination of the social effects of the crisis and a policy of counter-reforms will open a new – explosive – phase in the political and social life of our country.

That said, we have to face it: Macron's best allies over the last five years have been the official leaders of the labour movement, and in particular the trade union leaders. They have been unable to build on the growing anger of the masses to organise a serious struggle against the government's policies. They have watched the Yellow Vests movement go by, as cows watch trains go by. They've taken us from one useless “day of action” to another, to the utter indifference of the government, which has not backed down and will never back down in the face of mere “days of action", no matter how big they are. If there is one lesson to be learned from the most recent mobilisations, it is this: to defeat the government, we will have to carefully prepare and organise, over a long period of time, a movement of open-ended strikes embracing a growing number of key sectors of the economy. In other words, we will have to paralyse the country.

Our class enemies, led by Macron, have many faults, but one thing is certain: they are firmly determined to place the full weight of the crisis on our shoulders. Unfortunately, our official class leaders are nowhere near as determined to defend our rights and working conditions, let alone engage in a decisive struggle against capitalism. The truth is that they have adapted to this system. They do not imagine for a moment – even in their dreams – that it can be replaced by another economic and social system, in which workers run the economy for the benefit of the many. This is the heart of the problem. And as long as this problem is not solved, our class will not stop facing it.