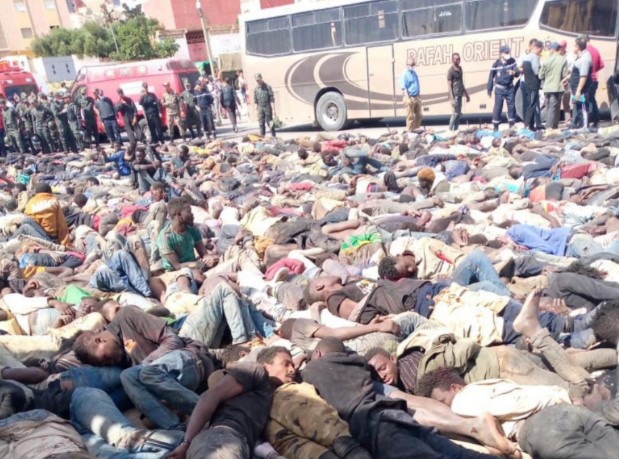 In the early hours of Friday 24 June, there was a massive attempt by several hundred migrants to jump the Melilla fence and cross from the Moroccan side into Spain. This resulted in the death of 37 people (so far confirmed), according to a local NGO, with 76 wounded, 13 of them seriously. This incident occurs just a few months after the ratification of the new relations between the Spanish government and the Moroccan dictatorship.

The government is responsible

This is the greatest tragedy to occur at this border to date. Witnesses, journalists and videos that documented the event recounted how both the Moroccan gendarmes and members of the police and civil guard charged at and violently assaulted all the migrants who tried to cross the fence. A striking glimpse of this police intervention was provided by images of the Moroccan gendarmes beating, charging and carrying out immediate deportations with total impunity within the Spanish border. In the past, collaborations between the police and the gendarmes in this type of operation were common, but this is the first time that the gendarmes have acted within the Spanish border. The extent of this repression by the security forces caused numerous human avalanches, in which several people lost their lives due to suffocation or being crushed. In addition, many people fell from the top of the fence, which at some points is 10 meters high.

If there is anything that can produce the same rage and shock as the images of dead and wounded people piled up on the ground, it is the words of Spanish Prime Minister Pedro Sánchez when referring to the events. The president has hypocritically blamed human trafficking, making allegations about and criminalising migrants who are simply looking for a better future away from war and hunger – which, incidentally, is caused by the looting of African countries by European and Chinese multinationals. 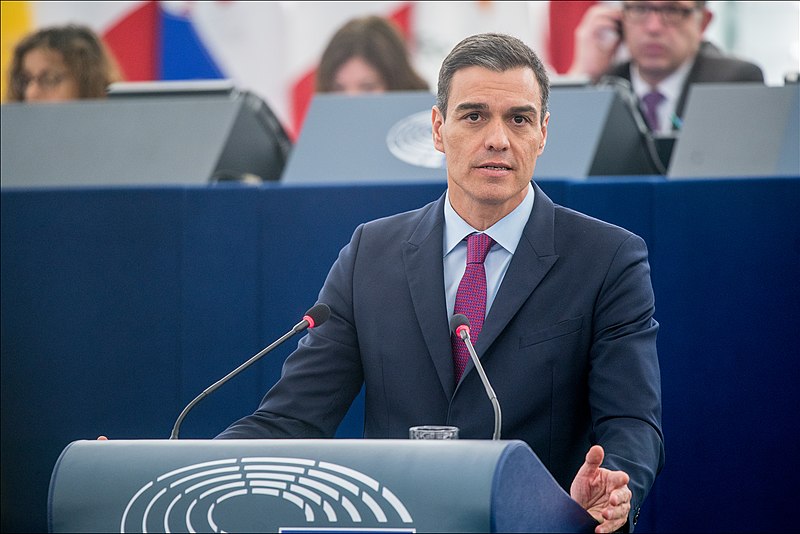 Sánchez has described the events as a "violent and organised act by mafias that traffic human beings to a city that is in Spanish territory… It was an attack on the territorial identity of a country in a violent manner." As if poor and desperate immigrants had attacked the border with guns and bombs! The prime minister’s statements did not stop there, and he still had time to flatter the security forces and bodies that acted disproportionately and caused the death of dozens of people. “If you see the images, you will see that the Moroccan gendarmerie has worked hard to try to prevent this violent assault on the Melilla fence. It is important to recognise the extraordinary work that the State Security Forces and bodies are doing in Melilla in the fight against irregular migration, and also to recognise the work that the Moroccan Government has done to try to stop a violent assault that calls into question our own territorial integrity.”

Not a word of lamentation about the dead, no show of human sensitivity about this slaughter of poor people! These declarations express nothing other than the submission of the foreign policy of the Spanish State to the interests of the Moroccan dictatorship and to the interests of Yankee imperialism: but also to the interests of big Spanish capital, the big IBEX companies and others  in Morocco in all types of sectors – agricultural, industrial and commercial. They are as responsible as Sánchez for this massacre.

The inhumane treatment of these poor immigrants lays bare the disgusting, hypocritical homilies about “defence of human rights” that the capitalist “democracies” of rich countries like to display, based as they are on moral turpitude, greed and racism. This treatment of African migrants contrasts with the way they have received, with olive branches extended, more than 100,000 Ukrainian refugees in just one month – in Spain alone. For these refugees it seems that there are no problems with accommodation, subsidies, aid and even work.

Not one reactionary hypocrite from PP and Vox has cried out about the "invasion" by Ukrainians, nor demanded that Sánchez or Yolanda Díaz take them into their own homes, as they hysterically claim every time we speak out from the left against the repressive policy against immigrants.

President Sánchez's compliments and words of gratitude to the Moroccan dictatorship and its actions on the border are no accident. Sánchez knows that, in a context of increased tensions between nations, imperialist looting of poor African countries, global economic crisis and climate change, migratory movements will only grow in the coming years. That is why he needs to put on the figure of the "nightclub doorman", who can keep the "undesirables" at bay, and who does not tremble when it comes to expelling those who are not welcome – whatever that might involve. Sánchez sees in Morocco the perfect partner to fulfill that task; and what’s more, Morocco does not mind playing that role, in exchange for one thing: that the foreign policy of the Spanish government support the interests not only of the Moroccan dictatorship, but one of its most important partners, the United States.

In the end we see that, in terms of foreign policy, there are hardly any differences between a PSOE-UP government and governments like that of Zapatero, Rajoy and Aznar. At the time of writing, the foreign policy of the Spanish State is characterised by servility to North American imperialism (servility that was inaugurated by Francoism and that today has changed very little) and by subordination to the interests of NATO, as seen recently in the Ukraine war.

If we put aside all the euphemisms, the new relations with Morocco consist of the following: the Spanish State renounces all claims regarding the right of self-determination of the Saharawi people and bows to the interests of Mohamed VI, and it "keeps the chicken coop”, with the force – and the cost of human lives – that is necessary to do so.

What is the position of Unidas Podemos?

As we have become unfortunately accustomed to, the complaints of the UP leaders have been lukewarm and pitiful. So far they have not gone beyond abstract complaints about border policy and new relations with Morocco. In practice, the only thing that has been done is that an investigation request has been made to the European Union to ascertain the facts. The situation in which UP finds itself is not easy. On the one hand, they are handcuffed to a government that will not hesitate to use whatever weapons are necessary to contain people who try to cross the border, and that, furthermore, presents itself as the most servile lackey of the interests of the United States and NATO. On the other hand, they are not capable of organising any kind of opposition that goes beyond the purely institutional. 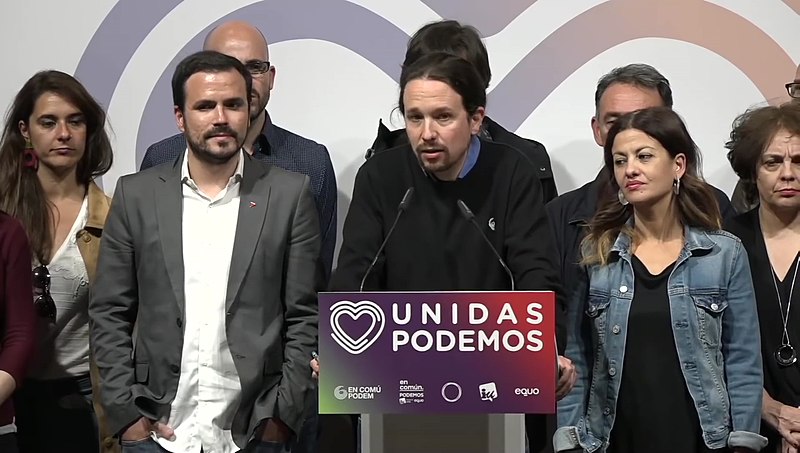 The response from the Unidas Podemos leaders has so far been lukewarm and pitiful / Image: PODEMOS

The fact that the only thing they can offer is a supposed investigation by the EU says a lot about the ideological and organisational bankruptcy in which they are mired. Which European Union have they asked for an investigation? The same one that has spent years condemning Syrian refugees and those from areas of the Middle East to live poorly in refugee camps on Lesbos? The one that condemns hundreds of people to drown in the Mediterranean every year while Ukrainian refugees are welcomed with open arms? We are doubtful this European Union will be unduly concerned with the actions of the Spanish government and the Moroccan dictatorship.

We must reject all half-measures on this matter. Migratory movements will be stronger and more recurrent in the coming years. The only response from capitalism is: more walls, more human crushes, more violence, more death. We communists offer another more hopeful perspective: that of the expropriation of the rich, workers’ control of the main levers of the economy and workers' democracy. Only in this way can we put an end, not only to the oppression of migrants, but to all the ills that plague our class. Poverty, hunger, inequality will be problems of the past. The borders will be blurred more and more until they are eliminated in pursuit of the free and voluntary world brotherhood of peoples. Only in this way, shall the human race know true freedom.