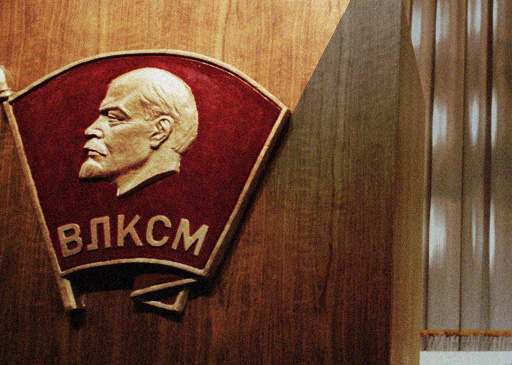 We have received a brief report about the political struggle taking place in the Moscow organisation of the Komsomol (youth wing of the Communist Party of the Russian Federation) about the question of the war in Ukraine. As a result of their opposition to the official, chauvinistic line of the leadership of the party, supporters of the Marxist Tendency and others have now been expelled.

On 24 February, the Communist Party of the Russian Federation, represented by its leadership, voted for the recognition of the Donetsk and Luhansk Peoples’ Republics (DPR/LPR), and supported President Vladimir Putin’s decision to commence a so-called "special military operation", i.e. the invasion of Ukraine.

As expected, groups who disagree with the “general line” began to appear in the “main opposition party of the country”, the Communist Party of the Russian Federation (CPRF). Discussions on this issue in the party were discouraged by the leadership. In some cases, people who expressed their opinion were labeled "fascists" and "national traitors."

In the Moscow branch of the Komsomol (youth organisation of the CPRF) there were many voices raised against the official position of the leadership. The latter, at the beginning, made concessions, which meant the Komsomol published a statement that contained a slightly less chauvinistic position in comparison with the CPRF as a whole, but in the end the statement was deleted.

Formally, the leadership of the Moscow Komsomol decided to hold a discussion to develop a position on the situation. However, representatives of the "opposition", including supporters of the Marxist Tendency, were deliberately not informed about it and were not invited.

On 16 March, an organisational meeting was held to prepare for the Reporting and Election Conference of the Moscow Komsomol, at which the question of the party's position was not on the agenda. However, a discussion was held behind the scenes by members of the bureau (leading body of the organisation), the conclusion of which was to expel members of the Komsomol, who are supporters of the Marxist Tendency.

This decision was only announced on 19 March, in the evening before the Reporting and Election Conference. Members of the leadership of the Moscow branch, namely Bagina Daria, Guselnikov Ivan and Petukhov Maxim, personally stopped the "excluded delegates" from attending the conference. As the former chairman of the control and auditing commission put it, the decision to expel them was completely against the rules.

After this outrageous move, members of the Marxist Tendency and part of the membership of the Komsomol of the Russian Federation left the meeting in protest against the actions of the leadership, having already declared their positions.