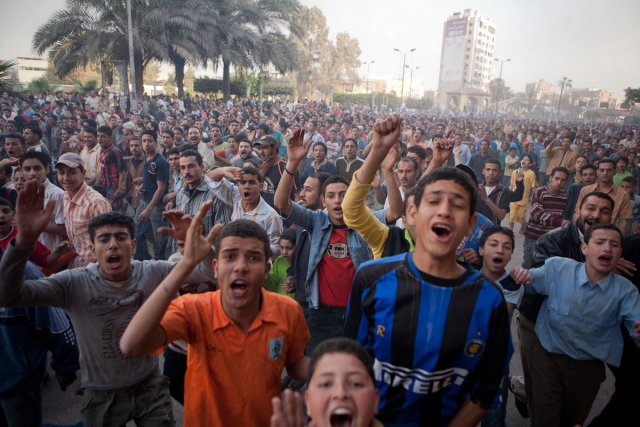 “The lot of young Arabs is worsening: it has become harder to find a job and easier to end up in a cell. Their options are typically poverty, emigration or, for a minority, jihad. Astonishingly, in Egypt’s broken system university graduates are more likely to be jobless than the country’s near-illiterate.” (The Economist, August 2016)

These words are now a year old and the situation for young Arabs in general – and young Egyptians in particular – has only gotten worse. In its lead article of an issue entitled ‘The Ruining of Egypt’, The Economist showed a graph placing Egypt’s youth employment rate consistently between 40% and 46% over the previous six years. The only Arab countries whose youth fared worse between 2010 and 2016 were Libya and Mauritania.

Egypt is incomparable to its neighbour ravaged by a barbaric civil war and a minor West-African nation. A country which has been heavily industrialised since the 1960s, it is the second-largest economy in Africa and one of the largest in the Middle East. Its population is almost 100 million, almost 40% of whom are based in the main urban centres and two-thirds of whom are under 30. It has some of the most renowned institutions of learning outside of the developed world.

The youth of Egypt are a highly educated demographic compared to the rest of the population, and they make up most of the 28 million English-speakers in the country. They led the Egyptian masses out onto the streets time and again in one of the greatest upswings of class struggle ever witnessed between 2011 and 2013. How is it that now they can only watch as their country slides backwards towards a level of poverty never before experienced in their lifetimes?

Petrol prices beyond the limits of an above-average wage, essential food and medical imports no longer in stock, and jobs few and far between. How many of those who stood courageously at the forefront of successive mass movements could have foreseen that years later their own generation would be bearing the brunt of the same social and economic scourges, still plaguing Egyptian society on an even higher level?

Since the Egyptian Pound was set free last November, this layer of society that was first able to kindle the flame of revolution – the middle-class youth – has seen its livings standards collapse. This is the layer whose jobs or family income are most reliant on foreign trade, service markets and investment. 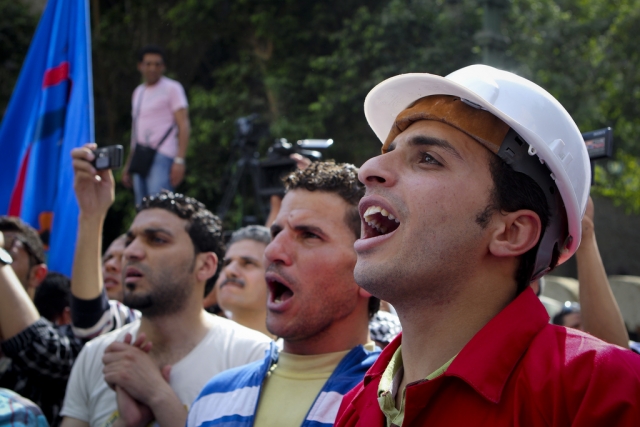 While the floating of the currency, the government’s grovelling attitude to the Gulf powers and its open-door policy for Chinese property speculators have recovered part of the recent collapse in foreign currency reserves, no one but the Egyptian ruling-class has seen the benefits of this recovery.

The selling-off of the state continues behind closed doors, cuts to health and education are deepening, there is a growing housing crisis in Cairo and Alexandria, and wages, in spite of all the inflation and the cheapening of the currency, are still flatlining, particularly in the private sector.

Meanwhile, many among the older generations at least have houses, long-term employment and retirement plans in place. Even the poorer working classes have subsided rents and somewhat meaningful pensions carried over from a different age. The youth has none of this afforded to them. They have known only privatisations and economic decline their whole lives, they were pushed onto the back foot from the very outset of adulthood, and almost half of them have been struggling for the most menial of employment ever since.

Amr, a 26-year-old accounting graduate working as a security guard, tells the Atlantic Council, “In Egypt we don’t have options. No option to choose your job. Every single day of my life I think of leaving Egypt.” While Maged Ali, another graduate security guard, jokes to a Cairo Scene reporter: “Madam, we need more cafés to keep the hideous number of jobless people occupied.” 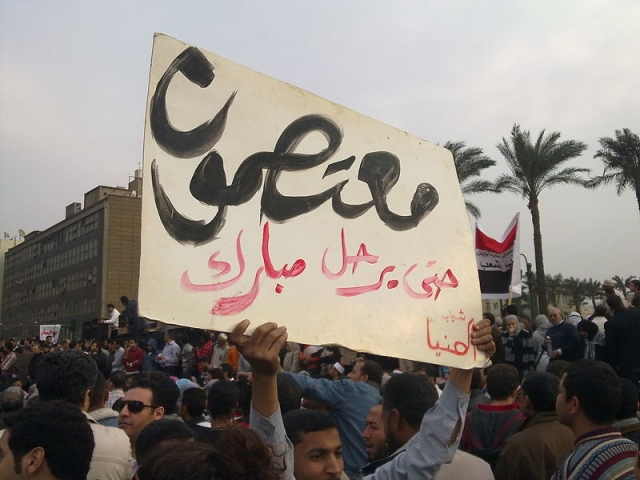 The reality, not only under Abdel Sisi’s government but under the conditions of a general crisis of capitalism from which no country on earth is protected, is that things will continue to get worse for ordinary Egyptians, especially the youth. In an article for Identity Magazine late last year, Farah Kedre summed up the worries of many young Egyptians:

“There is a price increase in all fields of life, which results in unstable electricity and water bills as well as product prices from toilet papers to cars and houses. The prices are skyrocketing while paychecks remain the same. So, what will happen when graduates start thinking about marriage? They won’t be able to live a life where they can offer their children good education, plan holidays or live a stable life.The future in Egypt is not guaranteed and the situation is only getting worse.”

The same scenario is generalised the world over to a certain extent, and immediate parallels can be drawn with Southern Europe, not least the predicament of the youth in Greece and the respective political situation. In Egypt the mood of despair among the middle class youth is very pronounced – understandable given the ongoing ebb in the revolutionary movement that they led and the extremes of the economic downturn.

The answer for most of the youth who are able to even entertain the idea is to emigrate as soon as possible. In a poll conducted by CAPMAS in 2013, half of Egyptian youth said that they would emigrate given the chance, most to find employment.

That was in the immediate aftermath of the 30 June movement which overthrew a hated regime and which Sisi rode to power. If the same poll were conducted today, after four years of even more heinous economic and political crimes against the Egyptian people, the number ready to leave would have skyrocketed.

Emigration is also the answer for many impoverished youth in countries such as Spain, Italy, Portugal and Greece. Under capitalism, often the spoils of their voyage consist of a sub-minimum wage job with long hours, few rights and overfilled, cramped accommodation to survive in so that they can send some money back home.

Most Egyptians, given the racist immigration policies of the EU and the other major imperialist powers, would struggle even to find these meagre rewards if they attempted to travel. The option is, in reality, open to a tiny fraction of the 60+ million Egyptian under-30s. The only real choice for the vast majority is to accept the country they are in and fight to overthrow the system which is bringing about its ruin.

What is the way out?

Egyptians who stay in Egypt will not accept the plundering of their services, the ramping up of prices and the squeezing of living conditions indefinitely. The ground is being preparing for a monumental explosion of the class struggle. The revolution, which remains undefeated, will elevate the traditions of 2011 and 2013 to an even higher level.

Most of those planning to leave – many of whom were on the streets last time – are well aware of these coming events. Because of the demoralisation and confusion stemming from the failure of the previous movements to take power, they see no conclusion to this struggle except a bloody, fratricidal civil war akin to the situation in Syria since 2011. 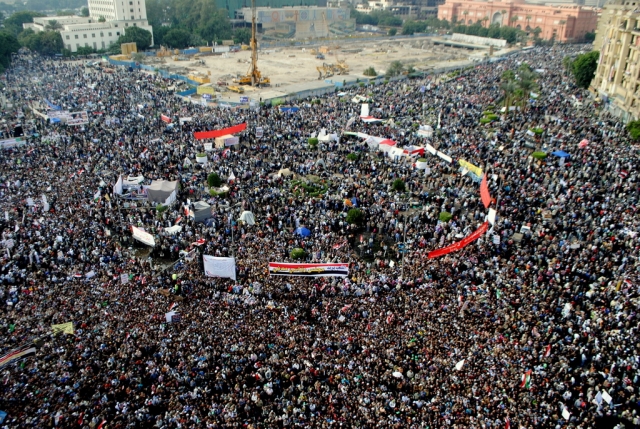 This attitude demonstrates no faith in the Egyptian working class, and a misunderstanding of the Egyptian state, its component layers and of the real measure of the regime’s (lack of) strength within society.

Most importantly, though, such fears disregard the imperative task of organising a serious revolutionary leadership, equipped with the party structures and the programme able to turn a seemingly mighty force such as the Egyptian bourgeois state apparatus to dust.

Egypt has a massive disenfranchised layer of youth and an even larger working class, all of whom share fundamental common interests. It is a massive task to try and unite these mighty forces of society on the basis of such interests and to channel their anger and bitterness against the status quo towards the overthrowing of an entire system. But it has to be done: there is no alternative except the one the wannabe émigrés fear the most.

The Egyptian youth, showing remarkable bravery, took it upon themselves to lead struggle after struggle against a colossal state apparatus. Now they have to muster the same bravery, learn the lessons of the past six years, turn towards the Egyptian working class and prepare to lead them one step further – in a struggle against the capitalist system itself.

There are more than enough reserves of strength among the Egyptian masses to succeed, and their courage was never in doubt.

What is missing is the subjective factor – a genuine revolutionary leadership. Someone in Egypt has to take responsibility for this factor. What this leadership could entail will be covered more in Part Two of this article.