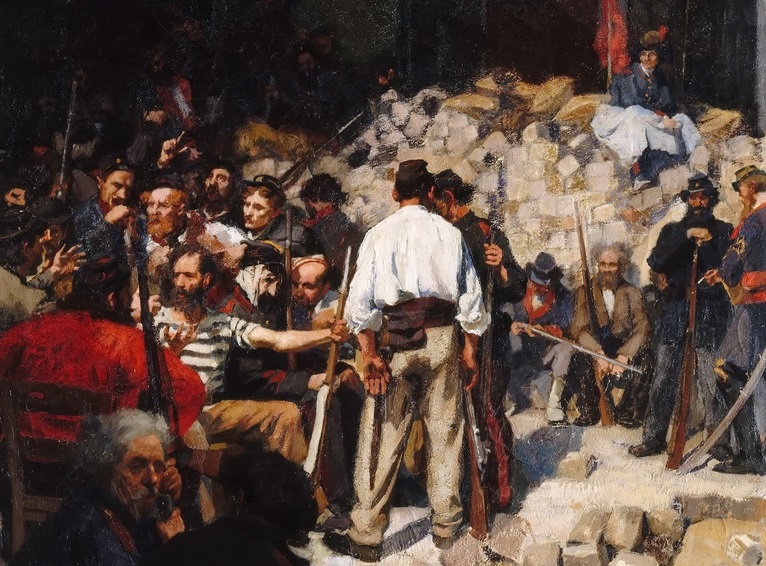 For two months between March and May 1871 the armed workers of Paris, surrounded by enemies on all sides, took their destiny into their own hands and demonstrated that it is possible for the workers to run society democratically, without capitalists, bankers or even a standing army. Jules Legendre, from Révolution (the French section of the International Marxist Tendency) spoke at an event to mark the 150th anniversary of the Commune, and launch Wellred Books' reprint of Marx's The Civil War In France (available here).