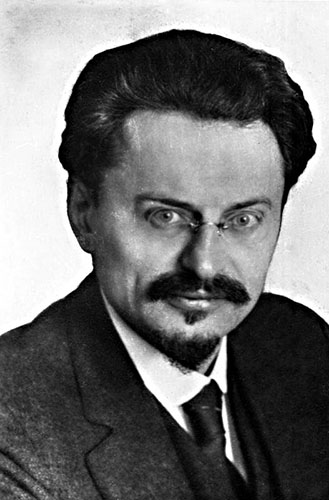 The isolation of the Russian Revolution and the ruinous effect of the Civil War allowed the Stalinist bureaucrats to isolate and expel the genuine forces of Marxism from the Communist Party. After his exile from Russia in 1929, Trotsky immediately threw himself into the task of defending the real traditions of Bolshevism.

While Stalin was preparing to dismantle the Communist International and renouncing the struggle for world socialism, Leon Trotsky was building a new, Fourth International, not only to defend the legacy of the October Revolution, but also to spread its influence throughout the world in the face of war, fascist reaction and Stalinist persecution.

The history of the Fourth International represents a struggle to keep the genuine spirit of working-class internationalism alive. Its construction was also part of Trotsky’s attempt to recruit and educate a new generation of genuine Bolsheviks, who would be able to finish what he and Lenin had started.

The incredibly difficult conditions facing the International meant it was ultimately stillborn. Nevertheless, through Trotsky’s struggle and sacrifice, a new generation could inherit the authentic legacy of the Russian Revolution. The IMT can trace its lineage to the Fourth International. It is part of our heritage, and a vital object of study.