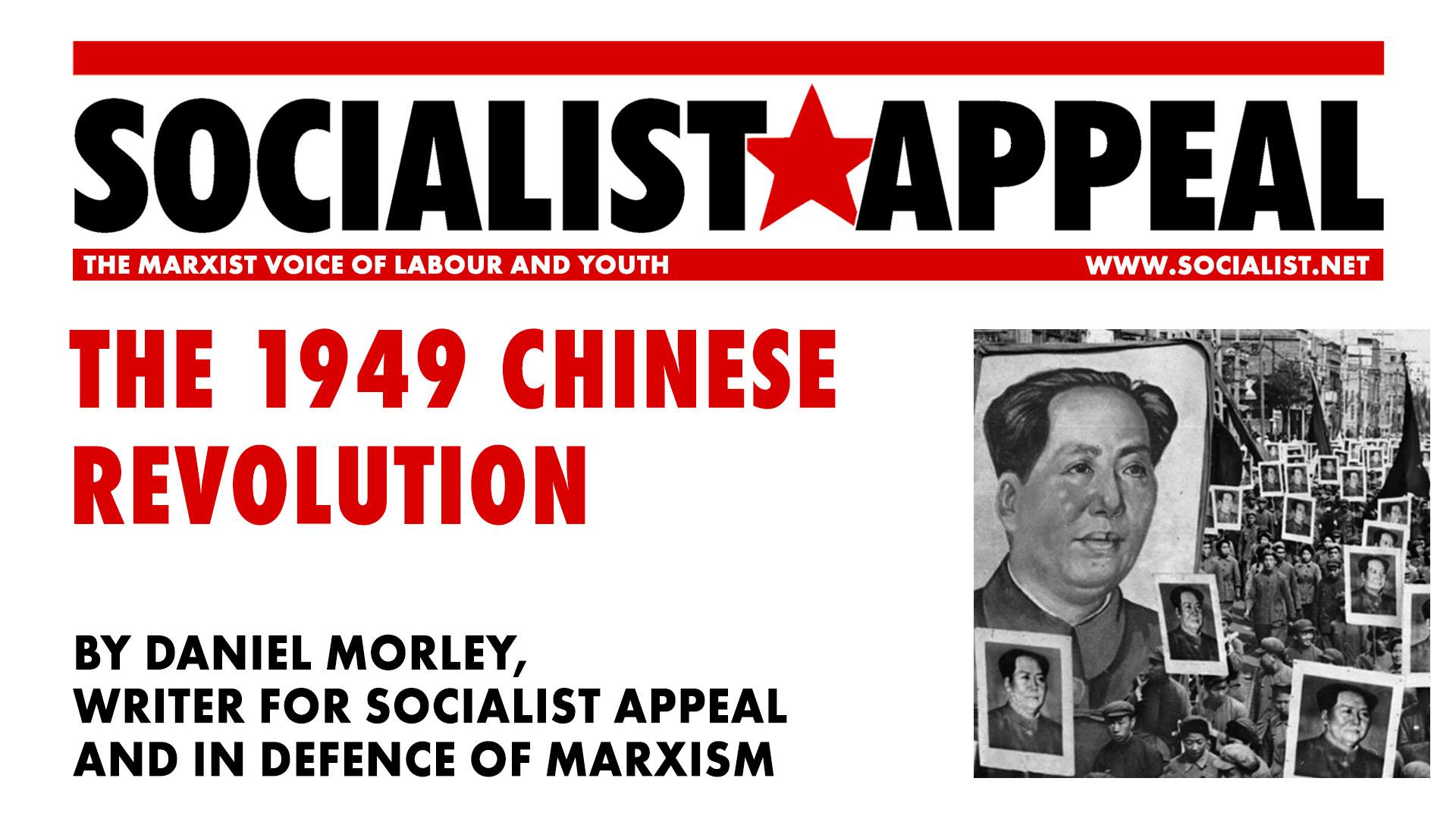 In this talk from last year's Revolution Festival in London, Daniel Morley (writer for Socialist Appeal) looks back at the events leading up to the 1949 Chinese Revolution, explaining why the revolution played out as it did, and discussing the process that has unfolded since: from revolution to Tiananmen to capitalism.

After the 1917 Russian Revolution, as Daniel discusses, the Chinese Revolution of 1949 is the most significant event in history. Fighting first Japanese occupation and then Chiang Kai-shek's Kuomintang, the Chinese Communists took power and swept away the old relics of landlordism and feudalism in China.

Under the threat of counter-revolution and US imperialist aggression, Mao and his Red Army went even further, abolishing capitalism and establishing a planned economy.

But, unlike the revolution in Russia, the working class had not played the leading role in the Chinese Revolution. As a result, the new state that was set up was riddled with contradictions from the beginning, taking as its model the totalitarian Stalinist regime that was firmly cemented by now in the Soviet Union. This, in turn, led to the disastrous policies implemented by Chairman Mao, such as the Great Leap Forward and the Cultural Revolution.

By the 1980s, after the death of Mao, the bureaucracy had begun to reintroduce capitalism into China, paving the way for the rapid transformation of the country seen in the last two decades.

But now a new revolution is brewing in China, as the largest working class in the world begins to flex its muscles. And when this sleeping giant begins to move, it will send tremors across the whole world.